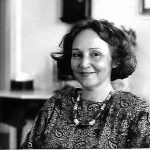 Astrid Cabral is a leading Brazilian poet and environmentalist who grew up in the Amazon. She is the translator of Thoreau’s Walden into Portuguese. She has won a dozen literary awards in Brazil and her work has been included in over sixty anthologies. Among her twenty books are the collections Gazing Through Water, Cage, The Waiting Room, Word in the Spotlight, and Intimate Soot. Her poems have appeared in over forty magazines in the United States, including Atlanta Review, Bitter Oleander, Catamaran, Cincinnati Review, Confrontation, Dirty Goat, Delos, Florida Review, Metamorphoses, Osiris, Pleiades, Poetry East, and Review: Literature and Arts of the Americas. Her book of Amazonian animal poems, Cage, appeared from Host Publications in 2008. Her poem “Manaus Once Again” was featured in the New York Times on Oct. 4th, 2020. Her book Gazing Through Water appeared from Aliform Publishers during the summer of 2021. In 2008 she did a reading tour with her translator, presenting at Clinton Community College, SUNY-Plattsburgh, Paul Smith’s College, St. Michael’s College, New York State Writers Institute in Albany, Univ. of Massachusetts at Dartmouth, Chatham University, the annual conference of the American Literary Translators Association, and Smith College.