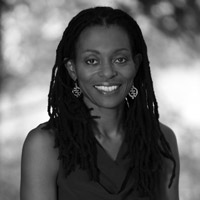 KIM MCLARIN is author of Divorce Dog: Men, Motherhood and Midlife. She is also author of the novels Taming It Down, Meeting of the Waters, and Jump at the Sun, all published by William Morrow Inc., and co-author of the memoir Growing Up X by Ilyasah Shabazz with Kim McLarin. Jump at the Sun was chosen as a 2007 Fiction Honor Book by the Massachusetts Center for the Book. It was also nominated for a Hurston-Wright Legacy Award and chosen by the Black Caucus of the American Library Association as a 2007 Fiction Honor Book. McLarin’s nonfiction has appeared in the New York Times, the Washington Post, Glamour, The Root, and other publications. She is a former staff writer for the New York Times, the Philadelphia Inquirer, and the Associated Press. She has taught at Northeastern and Fairfield universities and is now assistant professor of Writing, Literature and Publishing at Emerson College in Boston. McLarin is also a regular commentator on Basic Black, Boston’s long-running weekly television program devoted exclusively to African-American themes. The show airs on WGBH-TV.