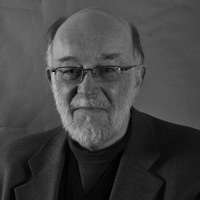 MARK PAWLAK is the author of seven poetry collections and the editor of six anthologies. His latest books are Go to the Pine: Quoddy Journals 2005–2010 (Plein Air Editions/Bootstrap Press, 2012) and Jefferson’s New Image Salon: Mashups and Matchups (Cervena Barva Press, 2010). His work has been translated into German, Polish, and Spanish, and has been performed at Teatr Polski in Warsaw. In English, his poems have appeared widely in anthologies and in New American Writing, Mother Jones, Poetry South, The Saint Ann’s Review, and The World, among many others. For more than 33 years Pawlak has been an editor of the Brooklyn-based Hanging Loose, one of the oldest independent literary journals and presses in the country. He supports his poetry habit by teaching mathematics at UMass Boston, where he is Director of Academic Support Programs. He lives in Cambridge, Massachusetts.