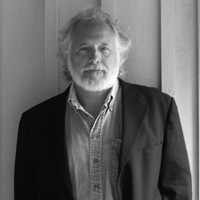 BRUCE PRATT’s novel The Serpents of Blissfull was published by Mountain State Press in 2011. He was nominated in 2008 for a Pushcart Award in fiction, and his poetry collection Boreal is available from Antrim House Books. His fiction, poetry, essays, and plays have appeared in more than forty literary magazines and journals in the U.S., Canada, Ireland, and Wales, and have won several awards. In addition to working as an assistant editor with American Fiction, Pratt serves on the editorial board of Hawk and Handsaw. A graduate of the Stonecoast MFA, he teaches undergraduate creative writing at the University of Maine and is Director of the Northern Writes New Works Project at the Penobscot Theatre Company in Bangor. Pratt lives with his wife, Janet, in Eddington, Maine.