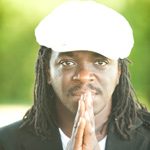 "Regie, when you perform, you are supersonic and in the stratosphere, where you can see that the Earth really is a ball, moist, blue-green. Regie, you sing and chant for all of us. Nobody gets left out." -Kurt Vonnegut

Poet, songwriter, author, workshop facilitator, and educator Regie Gibson has performed, taught, and lectured at schools, universities, theaters and various other venues on two continents and in seven countries including Havana Cuba. Regie and his work appear in the New Line Cinema film love jones, based largely on events in his life. Regie is a former National Poetry Slam Individual Champion, was selected one of Chicago Tribune's Artist of the Year for Excellence for his poetry. He has co-judge the Chicago Sun-Times Poetry Competition with Marc Smith and Mark Strand, has been regularly featured on N. P. R. and has appeared on HBO's Def Poetry Jam. Regie is widely published in anthologies, magazines and journals such as The Iowa Review, Harvard Divinity Magazine, Poetry Magazine, Spoken Word Revolution (Source Books), The Good Men Project and several others. His full-length book of poetry Storms Beneath The Skin (EM Press) was published received the Golden Pen Award. Regie was a featured on the PBS Arts Magazine- Art Close-Up and was subsequently nominated for a Boston Emmy. Regie competed in and won the "Big Boat" International Poetry competition held in Monfalcone, Italy. Regie has received his MFA in Poetry from New England College, and continues to facilitate creative writing workshops, performances, and otherwise augmenting literary curricula for high schools and colleges across the United States. Presently Regie performs with his new literary music ensemble, The Regie Gibson Project. He is also the Performance Poetry Curator for Solstice Literary Magazine.