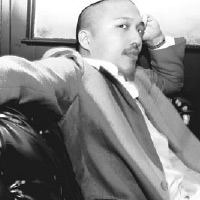 GILES LI is executive director of the Boston Chinatown Neighborhood Center, a community-based social services agency, as well as a nationally recognized performance poet and community educator. His writing has been taught in college and community arts curricula at Pomona College, New York University, and the El Puente Academy for Peace and Justice in Brooklyn, New York. Giles has trained college and high school students in community organizing skills in locales from Yale University and Columbia University to Cal Poly-Pomona and Salt Lake City Community College. In 2002, he founded the Boston Progress Arts Collective, an Asian American community arts organization, which is now well known throughout the country. He is one of three featured artists in the documentary film Art Beyond Borders, produced by the Transnational Studies Initiative at Harvard University, and also stars in the short film The Humberville Poetry Slam.