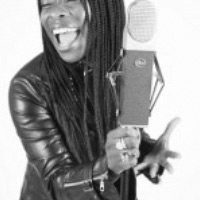 Iyeoka Ivie Okoawo is a poet and recording artist, a 2010 TED Global Fellow, the second-place 2009 Individual World Poetry Slam Champion, and a spokesperson for the Amenawon Foundation. Daughter of Nigerian-born parents who both hold doctoral degrees from Boston University, Iyeoka was a practicing pharmacist before launching her career as a poet, singer, activist, and educator. In her native Esan language, Iyeoka means “I want to be respected.” By channeling her culture and ancestral influences, she delivers an authentic and inspiring message of healing through accessing the power of the moment. Iyeoka is a powerful songstress whose lyrical prowess and vocal talents invoke the spirit of soul-shakers Nina Simone, Sade, Lauryn Hill, and Amy Winehouse. A storyteller to the core, her hope-filled words pour out from within and build momentum based on truth. As the words transform into songs, they reemerge as unique, emotionally complex gifts to her audience, touching on a wide range of issues—love, women, culture, struggle, and relationships, among many others. Iyeoka’s acting prowess has been featured as the title character in a PBS documentary on Harriet Tubman, as well as an off-Broadway play produced by Thema Bryant-Davis. Her poem on Rwanda is featured in the documentary film Rwanda Rising, which is executive produced by Andrew Young, former ambassador to the United Nations.