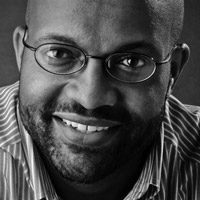 JABARI ASIM is the author of What Obama Means . . . For Our Politics, Our Culture, Our Future as well as the author of The N Word: Who Can Say It, Who Shouldn’t, and Why. He is the editor-in-chief of Crisis magazine, a journal of politics, ideas, and culture published by the NAACP and founded by W.E.B. Du Bois in 1910. He spent 11 years at the Washington Post, where he served as deputy editor of the book review section and wrote a syndicated column on political and social issues. He has received a Guggenheim Fellowship in nonfiction, and he is a frequent public speaker and commentator who has appeared on The Today Show, The Colbert Report, Hannity & Colmes, The Tavis Smiley Show, The Diane Rehm Show, and countless other programs. He is also an associate professor of creative writing at Emerson College. His first work of fiction for adults, A Taste of Honey, was published in April 2010. The Road to Freedom, his first novel for young readers, was published in 2000. His other children’s books include Whose Toes Are Those, Whose Knees Are These, and Daddy Goes to Work. His children’s books Boy of Mine and Girl of Mine were published in April 2010. Fifty Cents and a Dream, a new book for children, is forthcoming.