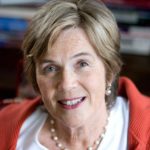 JUDITH NIES is the author of four nonfiction books and two plays. She has worked as a journalist, historical researcher, grant writer, and writing instructor. She has taught at Massachusetts College of Art and Design since 1998. Her books include Unreal City: Las Vegas, Black Mesa and the Fate of the West (Nation/Perseus 2014)  named by Amazon as “one of the best 100 books of the year” and “Southwest Book of the Year”; The Girl I Left Behind, a memoir (Harper Collins, 2008); Nine Women: Portraits from the American Radical Tradition, in print for over thirty years ( 2nd edition UCal Berkeley Press, 2002), and Native American History (Ballantine, 1996) winner of the Phi Alpha Theta award in international history. Her play Bella’s Choice won the 2016 Glass Ceilings competition and was performed at the Newburyport Actors Studio in 2017, and at the Firehouse Theater in 2018. Her essay "The Black Mesa Syndrome: Indian Lands, Black Gold" was a finalist for the John Oakes Award in Distinguished Environmental Journalism and is included in the anthology The Future of Nature (Milkweed Press 2008) edited by Barry Lopez. Other essays and reviews have been published in The New York Times, Boston Globe, The Progressive, American Voice, Orion, Harvard Review, and the Cambridge Library anniversary anthology (2009). Other awards include a Black Mountain Institute and Library of Congress/Kluge Scholars award, Radcliffe Institute of Advanced Study fellowship, Rockefeller Foundation Bellagio grant, Ludvig Vogelstein Foundation award, and residencies at MacDowell and Yaddo artist colonies.  http://www.judithnies.com/


Nonfiction: The Desire of the Country