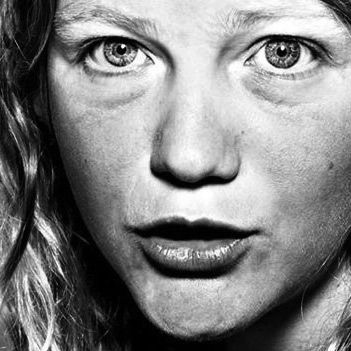 Kate Tempest was born in 1985 and grew up in South-East London where she still lives. She started out as a rapper, toured the spoken word circuit for a number of years and began writing for theatre in 2012. Her work includes Balance, an album recorded with her band Sound of Rum; Everything Speaks in Its Own Way, a collection of poems published on her own imprint Zingaro; GlassHouse, a forum theatre play for Cardboard Citizens; and the plays Wasted and Hopelessly Devoted for Paines Plough, both published by Methuen. Her epic narrative poem Brand New Ancients won the Ted Hughes Award for New Work in Poetry and is published by Picador. It completed a sellout run in the UK and New York and won a Herald Angel at Edinburgh Fringe. Everybody Down, her debut solo album, came out on Big Dada Records in 2014 to critical acclaim, including a Mercury Award nomination. Her most recent collection of poetry Hold Your Own is published by Picador. She is currently touring the new collection and also touring Everybody Down. Her debut novel The Bricks that Built the Houses is to be published by Bloomsbury in 2016.