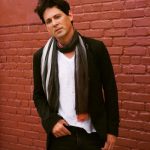 Michael Holtzman is an author, artist and musician whose work has taken him to Libya, Syria, Iraq, Venezuela, Russia, China, Cuba, and elsewhere. His writing aims to shine a light onto the people and places he has encountered, and on the charm, magic, and laws that make us human. His debut short story, “The Death of Xavier,” is a comedic roman-a-clef inspired by his life in Paris; it was awarded an 'Honourable Mention' in an international literary competition sponsored by the arts journal, Grain.  His follow-up, "Paper Dolls of The East," was selected by Man Booker Prize winner Paul Beatty for publication in the summer 2019 issue of the literary journal Solstice. “Paper Dolls” draws on the author's experiences working in Syrian refugee camps in Lebanon. Mike was educated at The College of William and Mary, and he has served in the U.S. State Department and The Executive Office of the President of the United States. He founded two charities that conduct development work in Africa and Lebanon.


Fiction: The House at the End of the World
Fiction: Paper Dolls of the East