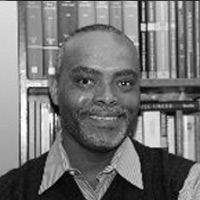 Patrick Sylvain is a poet, writer, translator, photographer, and academic. He is a faculty member at Brown University’s Center for Language Studies. Sylvain has taught as a lecturer at Harvard, Rhode Island School of Design (RISD), and Tufts University. Additionally, Sylvain was a lecturer in anthropology at the University of Massachusetts, Boston. He is published in several anthologies, academic journals, books, magazines, and reviews, including African American Review, Agni, American Poetry Review, Callaloo, Caribbean Writers, Anchor Magazine, JoInt. Literary Magazine, Dirty Chai, Ploughshares, SX Salon, Haiti Noir, International Journal of Language and Literature, The Journal of Haitian Studies, The New West Indian Guide, Revista: Harvard Review of Latin America, Massachusetts Review, Human Architecture: A Sociology Journal, Poets for Haiti, Fixing Haiti and Beyond, The Butterfly’s Way, Tectonic Shifts, The Best of Beacon Press, Transition, and The Oxford Book of Caribbean Verse. He has been featured on PBS NewsHour, NPR’s Here and Now, and The Story, and he was a contributing editor to the BostonHaitian Reporter. Sylvain’s academic essays are anthologized in several edited collections, including The Idea of Haiti: Rethinking Crisis and Development, edited by Millery Polyné, and Politics and Power in Haiti, edited by Paul Sutton and Kate Quinn. Sylvain graduated as a Conant Fellow from Harvard University Graduate School of Education, where he received his EdM, and also holds an MFA from Boston University, where he was a Robert Pinsky Global Fellow.