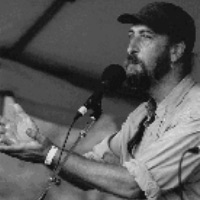 Timothy Mason has been actively performing poetry and promoting folk music since the 1980s. He honed his performance style in the early poetry slams and around the campfires of the fabled Kerrville Folk Festival. Mason was born in the Midwest. His family eventually settled in Salt Lake City, Utah, which he still calls home, although he has been in New England for almost three decades. He is the Director of the New England Folk Music Archives. He thought it best to avoid the corporate world. Thus far he has achieved this goal. 1998 saw the release of his CD Bloodlines, which features music by award-winning musician Geoff Bartley. A follow-up collaboration, Bones and Breath, came in 2003, where they continued to break new and dynamic ground to combine song and poem into seamless new creations. He and Alaska musician Tom Begich are currently exploring this approach to collaboration as the duo Bone Collectors.