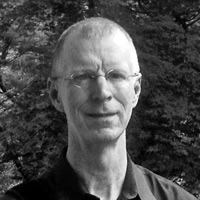 Between the early 10th century and the 15th century, the Japanese emperors ordered the compilation of twenty-one anthologies of poetry, which each contained anywhere from a few hundred to several thousand poems. These translations are of poems from the Shinkokinwakashū (Shinkokinshū for short, “New Collection of Ancient and Modern Poems”), which, with 1,978 poems, was the eighth imperial anthology, commissioned in 1201 by retired emperor Go-Toba and officially presented in 1205.

Japanese poems were not given titles, but the compilers of the anthologies, in addition to arranging the poems under thematic headings (seasons, love, grief, travel, etc.), gave many poems a short prose preface. These prefaces, which addressed the poems’ thematic content or the occasions of their composition, are now considered aesthetically inseparable from the poems themselves. In the Shinkokinshū, some prefaces are quoted directly from Buddhist scriptures, as with Ex-Emperor Sutoku’s two poems in this selection.

The authors of these poems, including the poet-priests, were connected in some way either to the aristocracy or the imperial court. One exception is the first poem, which is is attributed to the Kiyomizu Kannon, that is, to a sacred image of the bodhisattva Kannon at Kiyomizu temple in Kyoto. This kind of attribution to non-human authors is a feature of medieval Japanese poetry, which includes poems attributed to numerous statues, insects, and dream oracles. Here is some of what is known about the other authors—all of whom would have known each other:

Priest Jakuren (1139?-1202), whose birth name was Fujiwara no Sadanaga, was adopted by his uncle, Fujiwara no Shunzei (one of the most respected poets and poetic arbiters of the 12th century), and was one of the six compilers of the Shinkokinshū.

Ex-Emperor Sutoku (1119-1164) reigned 1123-1141, abdicating in favor of his brother. While he was emperor, he ordered the compilation of the sixth imperial anthology, the Shikashū. Exiled over a conflict about imperial succession, legends say that after his death he became an onryō (vengeful spirit), and many calamities were attributed to his haunting.

The last two poems comprise a zōtōka, that is, a poetic exchange between two people. Taikenmon’in no Horikawa (mid-12th century, dates unknown) initiated the exchange, and Priest Saigyō (1118-1190) responded to her. Taikenmon’in no Horikawa was the mother of emperor Sutoku, and lady-in-waiting to the consort of Emperor Toba, Taikenmon’in Shōshi. And Saigyō was an itinerant monk, and one of the preeminent poets of the era. Interestingly, these two writers take a rather tart tone with the other, and Saigyō uses the exchange to illustrate a point about the Buddhist teachings on emptiness (munashi, or kū). The imperial poetry anthologies preserve many such paired poetry exchanges.

The Japanese originals of these poems (like most poems in the imperial anthologies) are waka, the thirty-one syllable form that was primary in Japanese poetics for over a millenium. Because Japanese poetry is written in vertical columns, there are no “lines” as such, but in waka the syllables are broken into groups of 5 – 7 – 5 – 7 – 7 syllables. These groupings are often rendered as five lines in English translations, but we chose to let the syntax in English take precedence over the poem’s original form. Likewise, our translations don’t imitate the syllabic form of the originals, on the reasoning that there isn’t a strong tradition of syllabics in English poetry. In part, this is because English, unlike Japanese, is a language in which the alternation of strong and weak stresses is important, a fact that gave accentual rhythm precedence over syllable-counting in English prosody. Our goal was to create interesting English poems that convey the emotional and spiritual arguments of the Japanese originals.

SPOKEN BY THE KIYOMIZU KANNON

depend on it still more,

the grass of Shimeji plain—

I am in the world

as long as much as many as that—

ON THE PLEASURE OF CONTENTMENT NOT DIMINISHING

when the dew settles there

(not just on the blossoms,
not just in spring and fall,
but always)—sooner or later,

isn’t it bitter, doesn’t it grieve?

ON THE PLEASURE OF LEADING OTHERS TO PARADISE

returning to the sea
of suffering
and casting his net! —

I hear he
draws the heart in
to deep harbor

ON THE ESSENCE OF THE PASSAGE “THOUGH THE WATER FLOWS, IT IS NEVER FULL”

every sad body, doubtless, the same?—

the changing tide of Narumi Bay
not alone in becoming

“THE SUN SHINES FIRST ON THE HIGH MOUNTAINS”

on those mountain reaches
where morning sun shines
—budding, sprouting—

but in the valley
hard frost still,
and grasses in shadow

WHEN THE AUTHOR ASKED SAIGYŌ TO COME FOR A VISIT, THOUGH HE SAID HE WOULD COME, HE DID NOT. On a night when the moon was bright, hearing that he was passing in front of the gate, she composed this and sent it out to him:

“Reverend Go-West,”
I believed you would be my guide—

pointless! to put faith in moonshine
from an empty sky

A REPLY TO THE PREVIOUS POEM

even through parted clouds
discriminating moonlight
didn’t visit you—

from the sky
might it have appeared
nobody was waiting?