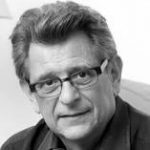 City of Eternal Spring confirms what I felt when I first started reading Afaa Michael Weaver’s poems about ten years ago. He is a master poet who is comfortable in his craft at the same time that he takes unusual risks to keep the reader at the edge of his/her emotions and the poem on the edge of the possible. There is, for example, the one-sentence poem, which replicates the way thought moves through the labyrinth of reason and emotion. I am thinking of poems like “What the Lotus Said,” “On Hearing that Michael Jackson Died,” and the truly exceptional “Archeology of Time: Convertibles.”

That Weaver’s poems range over a great variety of subjects should come as no surprise to devoted readers of his. City of Eternal Spring, which is divided into five parts, follows this trend. The first section, titled “Map of the Heart,” deals with the pain and disconnection that have weighed down the poet. The book’s title poem ends the section with a sense of liberation from that past:

…so I rise
from thought to be, being beyond thought
with energy as breath, a world with eyes
opening inside the light, inside knowing,
inside oneness that appears when the prison
frees me to know I am not it and it is not me.
(“City of Eternal Spring,” 10)

“Exile,” the second section, focuses on the poet’s experience in Taiwan, where he spent time on a Fulbright fellowship. This exile forces the poet to confront his identity as a black man and, more broadly, as a human being. The race issue predominates, as does the experience of confronting the Other, who has not devised the machinery of racism that weighs so heavily on the speaker:

The dark ones walk out of the sun into the broad arch,
tasting history, retracing the steps lost in time, steps that came
here from Tanzania when there was no Tanzania, when
color was not the central nervous system of wars…
(“On Visiting Yu Jian,” 26)

The third section, titled “Memories,” is the most complex of the book. The poem titled “Oya at He Nan Temple” moves from Yoruba orishas to the concept of Qi to Chomsky’s ideas on language (the “broad mess of what we were”). The poet is the magnet for experience and seer of it, in both the literal and metaphorical sense of the word. He brings the shards of his life together, finding where the edges meet to shape and be shaped by identity:

When the book is open, I have no regrets of family, no wish
to make the past disappear. I am here to choose the possible
here in my own tomorrow, twelve thousand miles from horrors,
from what I used to know to what I can choose to remember,
lives I might have lived with all of my necessary secrets. (33)

The fourth section, “Intimacies,” begins, suitably enough, with a love poem, but the love encountered in the section is not just romantic love. It goes beyond that to an engagement with the physical world and the experience of that world, as the beloved is an integral part of it:

The things I know are not the things you wish to know,
or they are and I cannot give them to you until I see
what you think of contracts, of what binds the mornings
to unkind sunlight, what takes a hawk and lets it know
there are things less grand than flying, things that crave.
(“Nice to Meet You,” 56)

The poems of the last section, titled “Soul Space,” are spare jewels that have absorbed the light of experience. Such is the case with the astonishing (and funny) “Daoist Festival of the Great Pig” and the equally astonishing “Unspoken.” The poet has cleansed himself of all that is non-essential, and thus he has earned the right to speak with great wisdom:

It was as hot as what
stars must feel like
so far away, certainly
there inside me.
(“Truth,” 68)

I said in the opening paragraph of this review that Weaver is a master craftsman. He is also a master musician. It is impossible to ignore the great musicality of these poems, the way they sing, the way they remain silent when silence is called for. Read “Du Fu and Li Bai” and realize how language is first and foremost the fluency of sound, which replicates the fluency of thought. Read “The Workers in Beijing” and delight in how line is related to stanza, stanza to movement, movement to the unfettered song of the spirit. City of Eternal Spring is Afaa Michael Weaver’s extraordinary gift to us, to poetry. I am thankful he lives and writes among us.