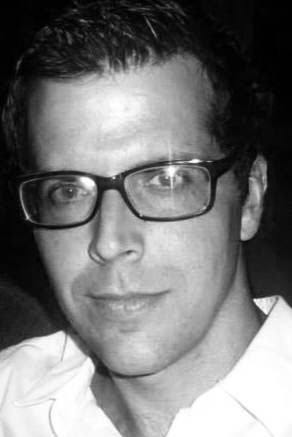 Church attendance was a weekly chore that dad, a cheerful and candid atheist, almost always skipped. He would go only Easter and Xmas Eve and usually spent the latter service smirking, sometimes literally nudging me in the ribs, after any allusion to The Immaculate Conception, or wincing and audibly saying “oof” when a soloist failed to hit the high note on “O Holy Night.”

One particular early spring Sunday morning, as the rest of us prepared to go, he wandered into the kitchen, picked up a box of Special K that had been left out on the counter and, putting it away in its alphabetically-designated spot on the cereal shelf, wondered aloud “Well now who left the cereal out?”

I’d heard my father irritatedly remark on clutter, but I’d never, ever heard my mother shout at him. They never fought, never, and my mother had always sworn via euphemism; I remember once hearing her say, “I don’t know why that cashier had to be such a rhymes-with-witch.” Hearing the real deal burst out of her mouth, I ran upstairs and cowered in my bedroom, nervously toying with my plaid clip-on tie, convinced they’d be getting divorced. What little I knew about divorce as an eight year old I had gleaned from the young adult novels I found on my big sister’s bookshelf, surprisingly dark and instructive stories written in the 1970s and 80s, in which inter-parental shouting always led to separation.

My father fixed things. He apologized, and sheepishly mocked his own finicky habits. He’s the kind of person who gets labeled OCD by people who don’t know what OCD is. By the time we left for church, things were fine. It would be the last time I ever heard them raise their voices to each other. The only other real disagreement I ever heard between them was a debate about the film Easy Rider, when my father mused that, in some sense, Peter Fonda and Dennis Hopper got what was coming to them.

Since building his own house in 1975, my dad has renovated and refurbished and maintained it at a manic pace, always staying a step ahead of rotting shingles, overbearing electrical and plumbing codes, and even interior design fashions. For many men, such a house would be a monument to middle-class achievement or handyman’s ego. Other men would surely use overwrought clichés like “I built this with my own two hands.” But for him, I am fairly certain that pride did not enter into it; he just didn’t really trust contractors. That I have never, ever heard him use the phrase “I built this with my own two hands” is, I believe, to his everlasting credit. It’s a hell of a man who builds a house for his family and doesn’t brag about it.

As I flailed through puberty, grew my hair out, idolized Jim Morrison and Jimmy Page, told anyone who would listen that “Stairway to Heaven” is, like, the best song ever, made fruitless attempts to shed my virginity, bought a knock-off Les Paul guitar, and discovered the unbeatable trifecta of Pink Floyd’s Wish You Were Here, blacklight posters, and the high-grade Canadian marijuana that was inexplicably available on Cape Cod in the late 90s, my father’s gospel of responsibility and self-sufficiency, his closet full of shapeless polo shirts, his emphatically uncool mustache, his gnawing frustration with the very generation of mushroom-haircutted, baggy-pants-wearing teenage outcasts that I vaguely recognized as peers and to whom he had to try to teach early American history every day—all of this set up a clash so inevitable, so predictable, so bourgeois, that I found it less angst inducing than simply embarrassing. When dad caught me and my best friend rolling a joint in my bedroom, my actual punishments were mild; it was the ones that were threatened but never followed through on—making me rat out my dealer to the school police officer, regular piss tests, a compulsory trip to the barber shop—that scared me straight, that made me lose sleep, that gave me the chilling sense that I’d fucked up beyond repair, that I must have always been a bad kid, and at last I had been exposed. The strangest punishment that he dreamt up and enforced was that I was to start accompanying him on his long morning runs. The idea sounded comical to me, boot-campish, the kind of punishment that might have been dreamt up by his own father, a crew-cut authoritarian Navy veteran whose parenting style my dad wholeheartedly rejected.

I am back home for a long weekend. A five-year relationship has disintegrated, or is perhaps still in the terminal stages of disintegration. I have stacks of papers to grade, I’ve brought them here with me, but am making little progress sitting at the kitchen island that dad put in during his last remodeling project. He’s talking about how expensive beer is and the ergonomic failures of the container his favorite yogurt comes in, then he eyes my stack of ungraded papers and says “Haven’t gotten much done yet, huh?”

I am bitter—bitter at my ex, bitter at my lack of productivity and my hangover, but not bitter at my father – and at the same time feeling a strange sense of surprise and pride that, since moving out of the tiny Medford Square apartment my ex and I shared, I’ve managed to lose weight and put on muscle. I look at 29 like I did at 22, having shed the layers of beer and cheese and chicken-fried-steak fat that accumulated in the interim. I’m two days away from running a half marathon in my hometown, my second half marathon, the first that I would run respectably well, a feat that would linger for the next several weeks as a complex sense of bravado and masculine achievement. As I would later tell a patchouli-smelling therapist at Tufts University, where my graduate student status entitled me to free sessions, in the days after this race, I felt like Superman. Or, at least, I felt like a man.

Early that afternoon, after eating a ham sandwich and finishing the crossword puzzle in under 15 minutes, my father suggested we play some golf. Not really play golf, but hit practice shots on the driving range. That whole deal where you buy a bucket of balls and stand on top of a really steep hill so that no matter how badly you botch the swing, it looks semi-impressive. So I agree and we drive to the course and I whack at red-striped golf balls with my dad’s pricey custom-made clubs (custom-made by him in his home golf club workshop, I should add), surrounded by geriatrics and retirees and popped-collar douche-bags and pot-bellied 40-somethings, and obvious Jimmy Buffet fans, and Wall Street wannabes of widely-varied skill and sobriety.

My dad always really wanted me to play golf with him, and bought me clubs for my seventh birthday and would take me out on the course after hours. Children were not allowed during the day, but when it got dark, when the last of the paying members had had their tee-times and were deep into the back 9, the course employees would look the other way as dad and I played our way through the first five holes.

I knew even then that my special child-sized set of clubs were of excellent quality. Once he got past the point of having to work a second job to supplement his public school teacher’s income, my father never bought second-rate anything. But they looked parodic, impossibly small, a poor   approximation of his own clubs. I can’t remember if he made this set for me in his workshop or bought it as is.

Though I enjoyed the father-son camaraderie, he would besiege me with tips and advice and instructions on posture, grip, backswing, contact, follow-through, stance, course etiquette, until I was paralyzed with over stimulation and stymied by the micro-muscular complications of trying to remember and act upon 15 different highly-specific instructions (and do so through a seven-year-old-and-not-exactly-child-prodigy-material mind and body), and could barely even swing the damn club. And so of course my shots could best be described as God-awful, which in turn encouraged him to redouble his tips and advice and instructions, and so I hated golf.

The half marathon comes and goes. Dad runs the seven-mile race that’s held at the same time, splitting off on a side street at mile four of my route. The race number pinned to his shirt will later be hung in the garage, one of dozens he’s amassed since the late seventies. My own collection is smaller, but growing. We have our picture taken afterwards, clutching complimentary post-race hot dogs and 12 oz. cans of Coke, him grinning, me smirking. We split a lobster quesadilla and chicken wings afterward at a local restaurant, a bar and grill where, on any given visit, he is on a first-name basis with the bartender, the waitress, and at least three other patrons. Usually because they had him as a teacher at some point. Or their kid did. Sometimes both. Over lunch, I tell him I want to try running a full marathon. He shrugs, informs me that that’s one heck of a commitment, that he didn’t think he’d have the discipline to train for something like that, that’s for sure, and asks if I want another beer.

I’m back at my parents’ house once again. It’s 10:23 a.m. I’m visiting alone, while my wife, two months pregnant, visits family in Pennsylvania. We will find out the following month that we’re having a boy. I leave to go for an 18-mile run, my longest run since nine months earlier when I had watched, from half a block away, with horrendously cramped legs, as homemade bombs splattered Boylston Street in Boston.

Mom is at church and dad is at a meeting for the remote controlled airplane club for which he serves as secretary. I run a mile to a major cross street, turn left, and notice for the first time a narrow woodsy path just off the sidewalk. On a bright, wintry-but-not-too-cold January morning run, it seems that the woods would be more pleasant, more appropriately scenic, than the road. I tromp happily through the wooded trail, and though I know consciously that I’m near dad’s golf course, I’m still oddly surprised when the trail skirts one of the greens, the white flag snapping jauntily in the wind, even in the off-season. I don’t know which hole it is. Rather than turn around and rerun the trail I’ve already run to get back to the road, rather than stay on the path and run deeper into the woods, I cut across the green, the fairway, the driving range, and the parking lot, to get back to the main road, leaving snowy footprints across my father’s favorite place.