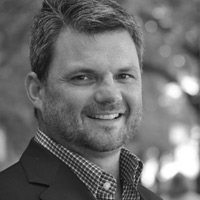 a radio play in ‘talking sonnets’

I want to give you a little money.
Please hold on to it just in case

I run into trouble and may need it.
If I don’t end up needing it split it

with your brother and sister when I die.
Yes, I am getting married and moving

away with my new wife to Florida.
Yes, she has four kids of her own but I

won’t be giving any of them a cent.
She doesn’t know anything about it

I ask you to make a promise to me.
Pa! I don’t know what you’re talkin about!

I know you aren’t talking to Etta,
so stick your head out the window and talk

I’m not going to scream my business
to the whole neighborhood from up here.

She tells me if I’m talking to you
she won’t say another word to me too.

Well don’t you think she can hear you down there?
She’s blasting her radio, she can’t hear.

Do you really think I can’t hear you two?
You might as well be shouting from the roof!

What are you three fightin about?
Uncle Gippi said from the first floor porch.

The three of yous, leave each other alone.
Should you be down at Quonset, Billy?

rather than having to guess who’s my friend
and who is my enemy every day.

I didn’t come back to the family
to watch you all argue about money.

I’m gonna go back to the C.C.C.!
Thirty bucks a month, send it home, keep five.