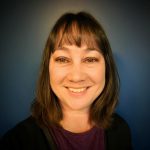 Two halves.  Together do they make a whole?  United, do they intertwine, mix, meld?  Half.  Can half alone, by itself, be whole?  Can half be complete?  What do you get if you double half?  Is there such a thing as a whole half?  What does it feel like to be half?  What does it feel like to be whole?   If you’re half, can you fit in with those that are whole of one half of you?  What about those that are whole of the other half of you?  What is the value of half, and it is less than the value of a whole?

A Half Nelson is a wrestling hold.  You thrust your arm under your opponent’s arm and then put your hand on the back of their neck.  It is used to get someone on their back so you can pin them, and win.  There is also a Full Nelson move, but sometimes it’s called a Double Nelson. In most levels of wrestling, a Double Nelson is illegal.  What would it be like if instead of saying “I’m full White,” you said, “I’m double White.”  My Dad has blonde hair and hazel eyes; he was born and raised in Utah, surrounded by the Mormons, but not one of them.  My mom is Japanese American; full Japanese, full American; born and raised in the Rocky Mountain west.   They married in 1969, two years after it became legal to marry someone who was not full of your own kind.  My first boyfriend, at age 16, told me his mom said something about me not being full White.  I wish I had the guts back then to tell her, “I’m double cultured.”

Fifty pennies, twenty nickels, ten dimes, two quarters, or multiple combinations.  You can also get a half-dollar coin, a fifty-cent-piece.  Half, yet whole.  President John F. Kennedy’s head (profile, really) is on the coin.  But a fifty-cent-piece is not pragmatic.  Its monetary value is double that of a quarter, but its practicality is significantly less.  You can’t put a 50-cent-piece that the tooth fairy gave you in a pinball game or bubble gum machine at the grocery store a few blocks from your house in rural Wyoming where your mom was asked, “Where are you from?”  You can’t put 50-cent-pieces in a coin tray at the laundromat you visit once a week during college where you try to smile at the full Asian workers that remind you of your grandparents.  Even when you ask them for change, they drop the quarters in your hand without looking at you; I guess because you don’t remind them of anyone.   The US Mint stopped producing fifty-cent-pieces for general circulation in 2002 because of infrequent use.  But you can order a collector’s item Half Dollar.

A visitor from Japan, a distant relative, brought me a geisha doll when I was a child.  I loved her chalk white face and cherry red lips, her fragile hands peering out of her colorful silk kimono.  She was my doll, but I wasn’t allowed to play with her.  She stood in a glass display box and was placed in a cedar cabinet that my dad made to hold special treasures.  The smell of that cedar still permeates my nose when I think of all of the time I spent gazing at that doll that was just for show.

If you order a Half Caff from Starbucks, you get a whole cup of coffee.  It’s not a cup that is half empty or half full.  It is a full cup.  But it is half caff.  It has half the caffeine, but full coffee.

I loved the taste of coffee with cream and sugar, but I quit drinking it when I was in college.  I didn’t like the way it made my heart race inside my chest as if I were running a half marathon.  People asked me why I didn’t just switch to decaf or half-caff.  Other options exist, you know.   Because who really wants half caff?  It just seems like something’s missing, incomplete.  Incomplete like the kid whose skin is too dark to be White, but too white to be non-White.

But still, in a half an hour, there are thirty of one unit (minutes) and half of another unit (hour).  So, half an hour is not a whole of anything.

You might put half and half in your Half Caff.  It’s not milk and it’s not cream.  Half and half is half whole milk and half cream. The combination turns out richer, creamier, more luscious than whole milk.  But less decadent than cream.

The candy cane stretchmarks on my belly emerged when I was thirty-six weeks pregnant with my daughter.  I didn’t intend to overindulge on the homemade ice cream that my husband made to satisfy my cravings, but six weeks of bedrest, no exercise, and a growing baby inside contributed to my full figure.  The oils and gels and creams didn’t prevent the eruption of stripes from my honey beige skin.  My petite, slender mom didn’t get stretch marks. I blame it on the half and half.

I use a recipe for poppy seed bread that my mom used to make.  But I reduce the baking time by two minutes because my favorite part is the half-baked goo-iness on the cracked top of the loaf.  Once I gave a loaf to a friend that had broken her arm.  After I delivered it, I had a horrible sense of dread that she would hate it, and hate me, because the top was only half baked.

As I approach half a century in age, I reflect.  If I don’t live to be 100, I am more than halfway done with my life.  I ask myself, for Christ sake, am I really going to spend my whole life wondering, caring, and searching for an answer to the question: half White, half Asian: whole me?