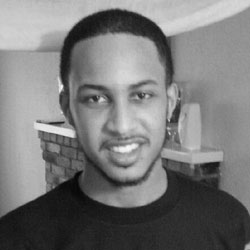 I remember being in a hallway, at the end of that hallway was a corridor, with the option to go left or right.

If I went right down the corridor at the end of the hallway, there was again a corridor with the option to go left or to go right.

If I went left down the corridor, at the end of it was just a window with a view of outside.

If I went right down the corridor, at the end of it was a wall, which one could not get by.

Overwhelmed by this, I decided to sleep, with the intention to journey through the corridors when I awoke.  So sleep I did. Someone woke me though.

It was a woman, her beauty and aura amplified my awareness. As I had just woken up, it felt as though I wasn’t truly asleep.

She asked if it was okay, and I responded, “Yeah, just getting some rest.”

“Resting on the floor on the side of the Hallway, a bit strange if you ask me.  It’s a quarter past noon.  Maybe you should get up,” she said.

As I got up I noticed how quiet everything was.  She then walked down the Hallway and took a left down the corridor.  I tried to catch up but my legs were asleep making it more difficult to maneuver.

The urgency for why I wanted to catch up with her was because if I turned around and walked down the Hallway in the opposite direction, I’d have no other choice but to go up the stairs.

The numbness in my legs started to go away.  So I started sprinting down the Hallway toward the corridors.

Something told me to run, so I did, and when I reached the corridor I quickly looked to the left to see if she was still there.  She was in the elevator and the doors were about to close when I shouted, “Wait!”

They say if you go in the elevator it’s fifty-fifty.

As I headed towards her, I didn’t want to think about anything but couldn’t help but think about one thing, “God doesn’t play dice.”

Once I got in the elevator, the doors began to close.  The woman’s blank face stared forward.  With the doors shut, I was calm and collected.  She then turned to stare at me and began to laugh.