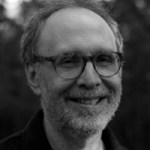 It begins with something small:
a virus hitches a ride
on a copter or a few germs
fling themselves into the eyes
of the nurse tending the prince
who drank too deeply
from the fouled water of the pond;
or a flea bites a rat
who scurries into the hold
where his brothers and sisters
cram into the spaces between casks
of wine and the barrels of cured meats;
or something microscopic spews
into the bloodstream and soon
the body wastes away. Of course,
big catastrophes do occur. Asteroids
streak across the sky. Stars collapse.
The planet heats up. Dinosaurs
melt into cave walls. An ice age follows,
but even the worst tempests
begin with a slight stirring in the wind,
and the biggest explosions
come from the smallest particles splitting
or fusing with other particles.
In the end bees drop into the weeds.
The queen becomes listless.
The ant army tramples the poison
and marches back to the nest.
The emperor in mid-sentence
falls off his throne, begging for water.
Or if you’re biblical, a black cloud smokes
the invading army. Or maybe in our case,
nothing cataclysmic, nothing special,
will happen at all. The sun’ll rise
as it always does, and we’ll gulp
our breakfast and watch a quick
snippet of the morning news
before rushing off to work—
teams of analysts with bright smiles
highlighting the digital map
with laser pointers, arguing
over the precise moment
the empire fell.