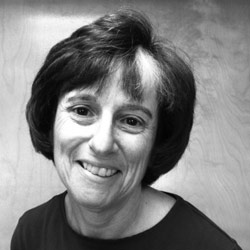 When Bob Dylan won the Nobel Prize, some questioned whether song lyrics qualified as literature. Some suggested that the committee was expanding the definition, first by anointing journalist Svetlana Alexievich in 2015 and then with Dylan in 2016. Others were reminded that the lyric poem originally accompanied a lyre.

Ruth Lepson hasn’t forgotten the connection between language and music. A poet whose imagination is sparked by other artists—her recent title Morphology was a collaboration with photographer Steve Crump—Lepson describes her new book as a record of her encounters with musicians she’s taught at Boston’s New England Conservatory of Music over the past twenty years. ask anyone is paired with Box Lunch, a recording you can listen to and order from her website (https://ruthlepson.com).

I read the book first, then listened to the poems set to music, alert to the differences between the two experiences, which include hearing the poems in “my” voice and hearing Lepson read them. In both cases, I’m drawn to Lepson’s interest in the interstitial spaces between language and pure sound, between words loose in our head and words fixed on the page. Like her artistic heroes William Carlos Williams and Robert Creeley, she has an ear for the music inherent in laconic American speech. She notices our particular 21st century way of saying as she looks at art, mulls the everydays of  supermarkets and street corners, responds to love’s conundrums, and witnesses the degradation of our planet.

Lepson’s poems often dart between the mind and the world. “happiness” begins with a definition—it’s “a stone cold thing”—and some advice to “practice like with an instrument.” It ends with “it’s drizzling/and that’s that”—in its terseness, a demonstration through language of how practice can dismiss a downer like grey weather.

There are multiple ways of reading the first three lines. Is it the “shower of sounds” or the “mist in the air” that Lepson “missed”?  If the latter, did she miss the visual because she was paying attention to the aural? The “tumbling” that follows relates to the air and the climate, but could also refer to a “lifelong” state of mind at the “end of” its “peace.” Like the “oh! of pain” in Bishop’s “In the Waiting Room” that comes “from inside,” its location is ambiguous.

Several poems in the book reference writers Lepson admires, including Larry Eigner, Lorine Niedecker, and Rene Char. Her homage to Robert Creeley begins, “really, creeley?” She’s visiting his burial site where “even in death/you’re on the tour//my my.” She asks and answers, “…were you/merry—impossible query—//complex as a bee/and a flower simultaneously.” The poem uses irregular rhyme for both emphasis and punctuation, as Creeley often did: “only one eye    with it/saw like a salamander//with your existential why/bye bye…”. The repeating syllables in “bye bye” and “my my” also leaven the elegy with mordant humor.

After finishing the book, I settled in to listen to Lepson’s poems set to music. I became aware of how music creates a suspension of language in time, and so adds its own anticipation to how, line by line, a poem resolves. This is especially true in a piece like “relaxed.” Here’s the entire text, with the title running into the first line:

it
was
beige
day

third
the fourth
one

Reading this, I’m impatient; although it’s workshop gospel that short lines slow a poem, I tend to rush through the syllables. Listening, I hear something new—the sound play between “as/damask” and “ask/anyone;” the possible meanings among “it/was/beige/day,” “it was beige/  day//third/ the fourth,” and “the/fourth/one//came saw.” The counterpoint rhythm of words with music makes me wonder what will come next in a way I don’t when I see the poem’s shape before me on the page.

The gift of Lepson’s poetry lies in the degree of attention she pays the world. Like the painter in “the painter’s turning his head,” Lepson believes that “in talk   in art   two things going on//two languages   one of love and one of noticing//each a pleasure   they happen together.” ask anyone offers its pleasures the way a musician builds a chord, each line a distinct note that resonates in fresh and harmonious ways.

Ruth Lepson is poet-in-residence at the New England Conservatory of Music and has collaborated with musicians there. Her forthcoming book with Pressed Wafer, ask anyone, will appear with musical settings. Her other books are Dreaming in Color (Alice James Books); Morphology, with photographer Rusty Crump, and I Went Looking for You (both from BlazeVOX), and the anthology Poetry from Sojourner: A Feminist Anthology (UIll), which she edited. Her work is forthcoming in Let the Bucket Down, SpoKe, and other journals.