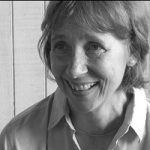 Last fall our town church had its annual fair, and as usual the library held its book sale on the same day. The weather stayed warm and dry, so we ate barbecue chicken and potato salad, seated at long tables next to the white wall of the church, which reflected the sunlight and made the air feel even brighter and warmer; shopped at the White Elephant sale, where I found a pair of giant felt slippers to slide over my boots when I bring in wood during the winter; and wandered down to the library to buy used books.

This year I found a first edition BELL JAR, a first edition IN COLD BLOOD, and a second printing of LET US NOW PRAISE FAMOUS MEN, with the beautiful Walker Evans photographs. None of the volumes was in great shape, so this was not what you would call practical shopping. I tend to drag my reading material around with me from cabin to library to bedside table, and the wear and tear is too much for the less hardy versions, so I usually read the cheaper paperback editions, but I like owning the hardcover originals, each one an objective correlative for the word book. Also, I like to own extra copies of books I love, so I can loan them to folks and not worry about getting them back every time. This year I found A BARN AT THE END OF THE WORLD, in paperback, and a couple of Donna Leon mysteries, as well as a mix of mid-level novels that make for good sick bed reading.

When I took the books up to pay, I showed the cashier, a neighbor I don’t know well, the two first editions and the Walker Percy (and James Agee) book, and told her I should pay more than the usual $2 a piece for those, and a few other hardcovers.

“Do you know about books?” she asked.

“Want to be on the library board?” she asked.

This is radically unlike me–or unlike the version of me I once knew. Over the years of seeing my two children through a small and needy Friends school, I became a master at determining the volunteer work I was actually willing to do and saying a firm “no” to everything else. As anyone who works at home knows, especially if your work is in the arts, folks tend to believe you are really lying around, shades drawn, watching those shows where young, sleek people decide which stranger to marry. Acquaintances apparently think they are doing you a favor by offering you a better way to spend your time, like baking things so you can raise $4.57 for the scholarship fund.

But my life is drastically different now that I no longer teach college classes, my children are out in the world on their own, and no one is calling one last time to see if I have changed my mind about being the grade-parent, whatever the hell that is. Mostly, I have plenty of time to keep our old dog walked and our house reasonably straight, to meet deadlines and pay bills and write pretty much every weekday–though things heat up during the weeks of spring planting and fall harvesting and storing, but that’s true for most people where I live, and no one argues with you if you shake your head and say, “Not this weekend–we’ve got to get in the apples.”

On reflection, though, it seems my mind hasn’t quite caught up with my reality. There’s still some part of me that wants to guard time as if I were an old miser, grudgingly counting out seconds against payment due.  When my neighbor asked me to join the library board, another part of me who understands the actual parameters of my current life and shifting attitudes apparently stepped in and decided I do have time, whether I know it or not.

Meetings are once a month in the front room of the library, which is only two rooms, both of which are warm and friendly spaces where one longs to spend a little more time, surrounded by an assortment of classics and everything else. This last week I did my volunteer stint, opening the library and checking out books for two hours on Monday night. As I got ready to leave the house, I felt the usual mild resentment I feel whenever I have to go out on winter evenings, so I putzed around until I was running a little late. Which meant I had to drive the back roads faster than I usually do and was not in the frame of mind to enjoy the fading light over the stubble of frozen fields.

I consoled myself by imagining that I would have the two rooms to myself and could lie down on one of the extremely comfortable couches with a pile of books, but three people showed up and stayed through the evening, and it turned out I enjoyed getting to know each one of them. It is the month to get out the annual library appeal letter, which means it is the week to update the mailing list, which meant the person in charge of the mailing list worked with another person who is good at making labels, and that second person’s partner came with her, because they were on their way home from town. The partner had brought work with her, since the library has wireless Internet, so everyone was involved in a project. After shelving all the books on the returns cart–except for one furry children’s book that didn’t have a number–I did sit upright at one end of a couch with a pile of books.

The year 2101 will occur eighty-nine years from now, assuming there are people to read the calendar and write the framed dates on their letters and documents. Otherwise, there will be no 2101, since the concept of dividing time into increments–years, months, weeks, days, hours, minutes, seconds, milliseconds–exists only in human heads. And too often we do treat it like money–doling it out to friends and relations and bosses and stoplights, when it’s actually only an abstract concept, not a concrete thing. (Of course, to some degree the same is true of coins and dollar bills, which are not–themselves–of any value, and which used to represent a certain amount of gold bullion but now represent god-knows-what, but this is a much farther-reaching exploration and just the type of thing that happens when restrictions on time grow up and move into their own apartments and one is left alone to muse.)

I told the partner of the woman typing the mailing list that I had read a story about a young boy on the autism spectrum who could tell you the weekday of any date all the way back to 1582. You could say, “August 11, 1845,” and he would say, “Tuesday.”

But he couldn’t do that for any year earlier than 1582.

As it turns out, 1582 is the year when Pope Gregory XIII made major changes to the Julian Calendar, established by Julius Caesar, and created the Gregorian Calendar, which is the one we use today.  In other words, the boy could access this information only as far back as the moment when the dates and weekdays were determined by the same system we use to determine them now–but not before that.

She was duly impressed with the story, and we discussed, briefly, the collective unconscious and how much we all probably know that we don’t know we know.

Then we both returned to our reading and working, but in the back of my mind was a lot more to say about time: how it is a human invention, how it provides a hook for our hope–next week, we say, next year, it will be better. While the rest of the world, the non-human beings, simply live in each moment as if it were truly all that existed, since, after all, it is. A yoga teacher once told me that the past and the future occur only as contractions in the body; if we live in the present, we breathe deeply and relax.

Finally it was nine o’clock, and time to close up. We have to record for the state how many people use the library when it’s open, so I put four marks in the ADULT column, and one mark in the ADULT BOOKS CHECKED OUT column, and then I made myself a card and checked out Jonathan Safran Foer’s book EXTREMELY LOUD AND INCREDIBLY CLOSE; the narrator is a nine-year old boy who seems to be on the autism spectrum and is incredibly smart, as in a genius. It’s a wonderful voice, and I wonder how I have missed this book, except that I often believe I don’t have time for books that I’m not sure are good, which sometimes translates, if I am to be totally honest, as books by people a whole lot younger than I am.

After everyone left, I walked through the quiet rooms turning off lights and turning down heat, replacing and fluffing pillows on the couches. I noticed how much easier my breathing was than when I had arrived. Someone else had already brought in the OPEN flag that flies on the signboard out front, so all I had left to do was pack up my own stuff and make sure the night latch was turned sideways in the doorknob, before I pulled the door shut behind me.

The cold night sky was clear but many of the stars were lost in the glow of the three-quarter moon. As I drove home slowly, I caught glimpses, in the swathe of my headlights, of the stubbled fields and a couple of porches with wood stacked high for the winter. I thought I heard a coyote howl, but it may have been a disaffected hound. I did see a red fox poke its long nose out of the weeds by the side of the road. I don’t see many foxes, so I braked right away and turned off the engine and headlights, hoping she’d show herself again. And as my eyes adjusted, I sat and watched the world transformed by moonlight, tree trunks bright against their black-shadowed background, the road a ribbon of grey leading into darkness.

It seems to me that back then, in my former life, when I worried more, I had a clearer and more consistent sense of time. Every second mattered, and it was way too easy to waste some seconds chatting in the school hallway or having tea with someone after drop-off. Those sorts of activities were the thin end of the wedge–what followed was ever-widening chaos and, eventually, gaping failure. Which meant time was the hard-won currency of success: if I spent my time well, I could make enough money and garner enough attention to boost my flailing ego.

As I move from the householder stage of my life to the retired person stage (though this describes my social habits and not my work habits) and my mind begins to open and expand to take in more than family and work commitments, to take in the lovely order of framed dates, the howl of a disconsolate hound, the bright windows of winter houses–just so time itself transforms from hard-won currency to something much more like the radiant blessing of moonlight. The benefits are numerous, but chief among them is a lot more room for wonder.