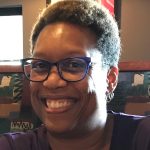 I swirl my Sonicare in small circles to remove the invisible plaque the dentist assures me is there. Diligent dental hygiene practices seem a small price to pay to have my natural teeth for the rest of my years. While not as white as marshmallows or straight as a box of staples, I’m happy with the teeth God gave me.

I wish I could say the same about the hair God gave me.

Now don’t get me wrong. 99.72% of women on this earth are unhappy about some aspect of their appearance, and 62% of them are unhappy with their hair. And no, those aren’t actual numbers. But yes, I’m sure those numbers exist somewhere, which is part of the problem.

At a macro level, the capital B Beauty industry is a behemoth wreaking havoc on fragile egos everywhere. Too many trees and pixels have already addressed the issues surrounding the Insecurity Industrial Complex, so I feel no need to add to it.

At a somewhat less macro level—but equally, surprisingly, and dismayingly large—is the volume of discourse surrounding Black hair. A search for “Black hair” on JSTOR (a digital library of scholarly content) returns more than 297,000 results. Personally, I’d rather see the best minds thinking about how to make fat-free cookies delicious than about the manipulations of keratin growing from the heads of people rich in melanin.

This isn’t meant to suggest there’s only one set of hair “controversy.” Ethnic groups with naturally straight hair might ostracize those who get curly perms. Bottle blondes get teased when their roots show. Covering gray hair seems to go in and out of fashion every other day. Redheads used to get it bad.

I can see some of you rolling your eyes at me already. Doesn’t she know that Black women spend a fortune on relaxers and other people’s long straight hair? (Yes) Doesn’t she realize the damage all those chemicals do to the hair follicle? (Of course I do) Doesn’t she see she’s internalized Western standards of beauty? (How could I not?)

And so what if I have? Do “they” win if my hair feels like theirs? I happen to like how my straightened hair looks.

I’ve lived more than 50 years as Black woman in the United States of America, so at no point in my life has “hair” ever not been a thing. It is a political statement to some. A social statement to others. Henry IV thought his crown was heavy?

Try carrying a race’s history of subjugation and liberation on your head.

Perhaps a little background will help explain how I got to this point.

I grew up in a suburb outside of Rochester in Western New York. We were the first Black family in the neighborhood.

I can say with confidence that the color of my skin never made me feel like an outsider.

But the nature of my hair did.

Using a term acceptable back then, one would characterize my natural hair as “nappy.” No amount of ironing, relaxing, or smoothing was going to make my hair silky and liftable by the lightest passing breeze. Oh how I wanted my hair to bounce when I ran. When I got a Jheri curl in the 80s, I whipped my head side to side just so I could feel those gooey curls slap my cheek.

My friends never asked to touch my hair, but I would have let them. I suntanned with my friends even though I obviously I didn’t need to get a tan. But, just as obviously, I wanted to be part of the group.

I felt other when it rained. Embarrassed to explain why I couldn’t let my hair get wet. Embarrassed that rain turned my hair “bad.” So I missed out on some of the fun and games.

And that made me mad.

My earliest memory of “managing” my hair is of me sitting in a flowery chair next to our avocado green stove with a towel around my neck, while my mother heated a comb on a burner. In the summer, when I spent most of my waking hours in the neighborhood pool, she’d sit in Dad’s leather chair in the wood-paneled family room and I would lay my head in her lap while she braided my hair. For Black History Month one year, she braided my hair for onlookers at Jefferson Avenue Elementary School. Bo Derek hadn’t made braids beautiful yet.

My earliest memory of chemically managing my hair is when I got a relaxer at my aunt’s house. Must have been early 80s because there was still lye in the relaxer. An important step before applying the product was to remove the kinks. Oops. Sorry. To loosen the curls. To do so, I used a metal pick and scratched a divot in my scalp in the process.

I still remember the burn.

Just because I didn’t have long flowy hair like Farrah Fawcett growing out of my head didn’t mean I couldn’t buy some. More specifically, buy some that came out of a plastic head. Even more specifically, my parents could buy the plastic head for me for Christmas. And they did. Twice. The first time I made the rookie mistake and cut too much too quickly. I was much more careful with head number 2. I soon moved on to live subjects—my best friend and her sisters.

In 8th or 9th grade I still thought I wanted to be a beautician (doing white hair of course. I had no experience doing Black hair.) That dream died when I discovered how little money I’d earn.

What didn’t die was my love of straight hair.

I trace my disdain for afros as a viable hair option for me to when I was 12 or 13, before puberty really hit. I was sporting a fro just as short, but kinkier, than either of my brothers. A guy said something to my Mom about her 3 sons. That is precisely the moment I decided afro=boys. I later wore an afro while I was on the diving team and felt neutral about it—perhaps because there was no longer a chance of being mistaken for a boy.

So when I first entered Corporate America in the late 80s, it did not bother me at all that natural hairstyles were not particularly welcomed. Angela Davis-sized afros were unthinkable, and, depending on the role, braids were minimally acceptable. Nearly all Black women relaxed their hair. I heard Black women condemning the system that forced us to smooth away our naturalness. I can’t say I ever resented it.

I resent that I am expected to be resentful.

A couple years ago, I decided to leave Corporate America and move to the Upper Peninsula of Michigan for graduate school. I knew I had to make a choice because I was 99% certain I wouldn’t be able to get relaxers in Marquette since the city is 89% white.

Here were my options:

1- I could learn how to do my own relaxer. That didn’t seem ideal. The expertise to manage all that toxic stuff without breaking my hair is why I paid Richard all that money at the salon.

2- I could get a weave. Mom looked at women weaving long, straight hair onto their heads with disdain, but I once looked upon them with envy. For $400, I too, could have silky smooth, rain-tolerant, wind-liftable hair. When I finally got one though, I was disappointed that I couldn’t wear it in a ponytail and what’s the point of long hair if you can’t have a pony tail?

3- I could get braids. I’d sworn off braids ever since neighborhood kids called me Farmer R– when I showed up at the bus stop with big round bangs fronting rows of braids. I found pictures of women with finger-thick, shoulder-length braids that looked pretty and professional. My Dad said braids weren’t “me.”

Perhaps giving Dad’s opinion more weight than I should, I considered my final option.

Not surprisingly, Mom was an advocate for this approach. Mom sent her California curls swirling down the drain more than 25 years ago.  Mom keeps her fro tight and neat. Mom said she’d take me to her barber.

In the days before my Big Chop, I paid special attention to the Black women in my downtown Chicago neighborhood. I saw practically every imaginable combination of hair length, color, style, texture. A beautiful tapestry of freedom.

I asked a lovely and radiant woman in line with me at the Jewel about her ¾” hair. She launched into a testimonial about how cutting her hair was the best thing she’d done. So much easier. So much cheaper. Just so liberating. I wondered if she got paid for each Chop.

I studied her face and tried to put mine in her place. I still couldn’t.

Soon I’d have no choice.

Yes, it will grow.
Eventually

Not fast enough
At least not for me

I feel bald
and ugly

Let’s check back in a week

Learning how to take care of my new “teeny weeny afro” (aka “TWA”—trust me, it’s a thing) was an unanticipated adventure. While I’ve moved beyond the petroleum-like blue Afro sheen and glycerine-based Jheri-curl juice, I’ve still got to moisturize my hair. On its worst days, my hair feels like a Brillo pad. On its best, like soft wool.  Mom’s friend led me to an all-natural jojoba oil/coconut set of concoctions that is doing a hero’s job of keeping me towards the soft wool end of the spectrum.

And adds almost nothing to the weight of my hair.

This TWA is eminently practical.
I no longer fear rain.
I can swim on a whim.
It takes but a minute to get it ready in the morning.
Stop “managing” it away from its natural state
Get the lowest maintenance hair ever.

Alas, each time I see my afro’d self
My post Big Chop words scroll through my head.
So, despite its practicality,
Next year it’s bye bye TWA
Hello relaxer my old friend

Shouldn’t being happy with what I see in that mirror be enough?

If I thought wearing my hair in its natural state would help The Cause in any meaningful way, I’d do it in a heartbeat. Truly.

If forcing an Afro into the boardroom would reverse 400 years of oppression I’d never relax my hair again.

If wearing some braids on the stage of a convention center would keep innocent Black people from being killed by the police or incarcerated at six times the rate of whites I’d sit in that chair for as many hours as it took.

If twisting a few curls while reclining in Business Class over the Atlantic would get funding to crumbling schools, investment into struggling communities, give hope to the hopeless, power to the powerless and open peoples’ eyes to the truth they’ve been unwilling or unable to see or acknowledge or accept or even try to understand I would rock this look for the rest of my days.

Seems like an awful lot to ask of a hairdo, though.