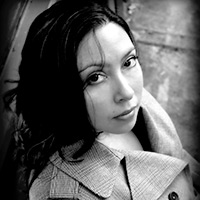 It isn’t his fault. The way he acts. It’s the new thing that he keeps ingesting that
makes him the way he is.

Nothing here much happens and that is the point of it all. The moviemakers are
making sure that you know this. The shot hasn’t changed in over three minutes.
When someone enters the scene finally, you won’t even hardly notice. You won’t
even want to know him. You won’t even know that he was there at all.

It’s so incredibly boring, but you keep at it anyway.

The poor dog ingested the new thing; the poor dog is being blamed for being the
way he is.

One desire was so heavy that they thought it best to overdo it completely; the
exaggeration was the beauty.

The spyglasses were arranged on the stage. They looked like front-loading washing
machines. No one was ever told if anyone was on the other side of all of that.

There was no point in gathering anybody, but the main point was that we know that
someone was there.

Only one person remembered what happened. The colors were out of this world, but
they never did show.

Back then, we were all genderless. I could approach you on the park bench, and we
could read our newspapers and never even think about it. The current day’s
happening was something to laugh at.

They still couldn’t believe just how incredibly boring most of it was. Nevertheless,
the young woman, because she was young then, kept changing her hair and clothes
and repeating the same things over and over and over again. This showed that the
days were going.

The clichés were duly inserted: a rainbow, love, an electric chandelier, a grand
staircase.

We’ll show you the minor characters so that you will know they were there.

He wants her to believe that he is seriously looking for love; he’ll disclose a
personality trait; he’ll choose one of the three.

He’ll say his desire is just the way it is; it isn’t his fault. See: it’s just transient; it’s like
such and such, he says. He says it better than the professor of crit theory.

The arrow huge and bright red: it was supposed to be easy.

Meanwhile, the music machine had grown smaller. There were now hats; there were
now scarves. When she takes off her granny glasses, we see that she is pretty and
has on the youthful makeup of the day. On second thought: she’s kind of ugly.

We are supposed to believe that he has driven this far because he’s heartbroken; the
scenery blurred yet the landscape unchanging.

The derelict oil dirge, the narrow cathedral, the hawk that returns.

We are supposed to believe: his inability to love you is because of a past hurt.

This man wants us to believe that everything is timeless, yet, the saxophone solo is
already outdated and his hairdo isn’t one that you’d want anymore.

This man, it is obvious, needs both a doctor and a dentist, but he is telling us that
even he still needs love.

This particular love interest walks alone on a beach; the intention is that we
understand her to be mythical. That’s why there’s the bridge, the boat, the sea-faring
journey, the beachcombing. Her pieces may someday turn up.

There it is again: the derelict oil dirge. This time, however, the emotion is
incongruous: we’re supposed to know that all of this comes at a cost.

The hawker says you can come in, but there is a price. Once in, the mask lifted, the
star attraction is just an ordinary guy.

There is aerial footage; it exists to make you wonder.

The party is supposed to go on forever, but the confetti keeps landing on the floor.

The collision is made to resemble a star.