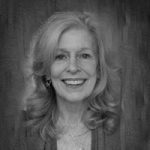 Alexander VI kept hemp fires burning
to remind himself that everything is ephemeral
like rising smoke. Why invoke the past
to darken the future, he asked, stirring
the ashes into burning coals before adding

more hemp to the fire. January, cold,
another year when either one of us might go
the way of smoke, will go, when
it happens, since we both want cremation.
Gloomy thoughts, gloomy life, my mother said,

though willed cheer got her nowhere
far beyond desperation. Things must cohere,
I used to think as a child, convinced the chaos
around me would resolve into clarity
if only I could find the right gear or lever

for the strange machinery called life.
No genius was ever easy to live with, my father
would say defensively, as if that alone might justify—
Not my father again. Let me speak as someone
else, I’m so tired of my own life story.

Not that it matters, given how hard it is to know
anything about anything, let alone the truth
about ourselves. I’ve never seen smoke rise
from a hemp fire and have no idea what years
Alexander VI reigned. I just happened to read

an essay against self-importance where
this habit of his was invoked. I’ll look him up
later. Right now it seems important to say
the idea of losing you is unbearable. Speaking
as myself again. Eyes wet, as if from smoke.