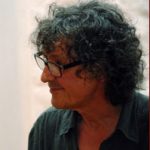 Poetry in translation
by Marc Delouze

Translated from French by Richard Jackson

Facing the seas
A cliff of words
Cracks open

Forgotten in the dust
of ruins
the bricks of memory

The waves of the night
break the soul
cries of gulls

Richard Jackson has published twenty five books including fifteen books of poems, most recently Broken Horizons (Press 53, 2018) His own poems have been translated into seventeen languages including Worlds Apart: Selected Poems in Slovene. He was awarded the Order of Freedom Medal for literary and humanitarian work in the Balkans by the President of Slovenia for his work with the Slovene-based Peace and Sarajevo Committees of PEN International. He has received Guggenheim, NEA, NEH, and two Witter-Bynner fellowships, five Pushcart Prizes and has appeared in Best American Poems ‘97 as well as many other anthologies. In 2009 he won the AWP George Garret Award for teaching and writing.