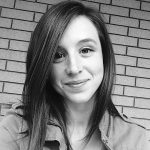 The dirt road stretched out before him in the late afternoon sun, flat and taut like a ribbon wrapped around a present—but this day didn’t feel like much of a gift. He hated driving water trucks back and forth on these monotonous roads. He hated the mindless hours of fuzzy talk-show radio and sagebrush. Hell, he hated everything about his job in Colorado. But it paid the bills.

He’d called home about an hour before, but that had been a mistake. Of course, he knew the children had their sports practices and their play dates—he had not imagined that they would be sitting around the dinner table, waiting eagerly for him to call. (Well, what if he had imagined that? Would it be such a crime?) Instead, his wife had answered the phone only after several rings. She said she was sorry, but she had to pick up one or the other of the kids, and he could hear the dog barking and the dishwasher disposal grinding away in the background. The frantic, hasty energy of his faraway household crackling through the telephone lines. She handed the phone to their youngest child, who said “heh-woah daddy” but of course she immediately toddled away. He heard the phone clatter on the kitchen floor, and then: nothing. The call had only made him feel more alone.

Life had been unfair to him. He had a wife and kids, sure, but he’d hardly seen them in the last year. If only the business hadn’t failed. If only his father could have loaned them a little more money. If only he wasn’t stuck on this barren stretch of road.

Just then, he glimpsed a flash of white in the right side-mirror—a jolt in the brush endlessly blurring past his window. A little surge of adrenaline jump-started his heart, his hands tightening on the wheel. This had happened once or twice before. He’d heard that the pronghorn “antelope” of Colorado were the second fastest land-mammals in the world—after the cheetah. And the other drivers had warned him: if an antelope started running alongside you, you had to hit the gas. Otherwise, they’d try to outrun you, try to cut across in front of your truck and inevitably die.

Sure enough, when he glanced in the mirror, he saw the leaping forms of two pronghorn antelope, cantering alongside his truck: one big, one small. A mother and her baby. His body softened a little in surprise. The baby was just a spindly little thing, maybe a week or two old—about the size of a 10-pound sack of potatoes. Small enough to cradle in your arms. He’d never seen one so close. And now, here it was, loping alongside his semi on scrawny, rickety legs.

For a few heartbeats, hands at the wheel, he remembered what it felt like to be at the beginning of life—before there had been time for things to go wrong. He remembered what it was like to hold his first baby, so impossibly small, so new—remembered the velvety skin and the way his new baby smelled: sweet, like freshly laundered sheets, only better. What had happened in the years between that moment and this one? Where had it all gone?

For the first time in months, he felt alive. Felt his chest expand and knew the universe had given him a beautiful something.

And then he remembered the warnings, began to feel afraid. He needed to keep this little family together. He needed them not to die. He pressed his foot harder against the pedal.

Strange, how a beautiful moment can turn ugly in an instant. Unable to match his quickened speed, the mother swerved, back into the brush; the baby swerved, too, but as it swerved one perfect, spindly leg grazed against a wheel. Horrible, horrible. The way the body jerked, the way the body was tossed suddenly from view.

It took time to stop. He sat in the cab, breathing heavily. He turned off the engine. He got out of the truck and walked back down the empty road. Where was it? It took a long time. He found the baby antelope huddled beneath a bush: short little breaths, black glossy eyes. So impossibly small, so new. It tried to stand, and his stomach pitched as the hidden hind leg became visible: dangling by just a ribbon of flesh.

He wanted to walk away… he wanted to leave the animal there, panting softly, and never think of it again. He didn’t want to kill it. (Though of course, in a way, he already had.) He didn’t want to be responsible for this. But it would be such a slow, agonizing death if he walked away now. The baby antelope would die of infection, or it would be eaten alive—vultures and coyotes and crows. He looked down the road in both directions: nothing. He wiped his eyes with the back of his hand.

He had no gun. He should have had one, but he didn’t. That would have been the quickest way, the most humane.

He looked down the dirt road in both directions again, but still: nothing. Running it over with the truck would be the next best thing. He cradled the antelope all the way back to his semi, laid it gently on the ground the way he’d laid his babies in their bassinets, arranged its head just in front of the wheels. But as soon as the engine began to rumble, it startled and ran, one leg flopping. Three or four times, he tried. But no. He fought the urge to cry. He vomited into the brush.

He retrieved the hammer from the cab, hands shaking. How many times had he checked the tire pressure with this hammer, thumping the black rubber tread without a second thought? He walked back to the little antelope, curled up in the dirt at the side of the road. He listened to its tiny, rapid breaths—this beautiful thing that had been alive, alive, and racing alongside him thirty minutes ago. This beautiful, wretched, wasted thing.

This is not what he had imagined for his life: a bitter thought as he reached down and touched the place where the neck joined the base of the skull. Nothing had gone according to plan. There always seemed to be an unexpected twist, an unforeseen pitfall.

He lifted his hammer above his head, saw the sun spilling neon orange light across the sky, saw the road—still empty, still flat and taut like a ribbon wrapped around a present. He hesitated there for an instant—and in that instant he remembered riding his bike home as a kid, flying down the big bridge as the setting sun spilled neon orange light across the sky, a white bird catching a current just above and ahead of him, wings outstretched—so that for a moment he was the bird, its wings parallel with his shoulders. The feeling of flying. The feeling that the universe had presented him with a gift—something secret and beautiful. He remembered the way his chest had filled with lightness—remembered his own innocence, the certainty that his life would be wonderful. And then he brought the hammer down with a crack. At the moment of impact something broke inside them both. Watching the black eyes go blank, he understood: despite each little joy, the suffering was inescapable. This is how it would always be.