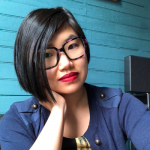 First, let me say that I’ve admired your writing for many years, and I’m excited the rest of the world is getting a chance to see more of your work. For example, in 2017, you edited an anthology of stories titled Old Demons, New Deities: 21 Short Stories from Tibet, which was the first English-language anthology of Tibetan fiction. This was an amazing project, and I was hoping you could tell me a bit more about it?

Even though Tibetan literature spans over a millennium and constitutes one of the great literary canons in the world, modern Tibetan literature as we know it is a relatively new phenomenon. That is, free verse, short stories, novels—Tibetans basically started writing these from the 1980s onwards. These days, we have Tibetan writers writing in Tibetan, Chinese, English and other languages—and based in Tibet and China, India and Nepal and the diaspora in the west. I just thought it was time we were together under the covers of a single book. When I started out on that anthology, I felt completely unqualified to embark on a project like that. But I thought a book like that was necessary and I figured, if I just do it and I manage to do it, then I’ll become qualified in the process.

That’s a great attitude to have towards writing. The final product is also of such high-quality that I feel you definitely became qualified in the process. You’re currently on a Fulbright in Nepal (congratulations!), and is the project you’re working on related to your writing or to your anthology?

I am working on a memoir. In the 1960s, following the Chinese invasion of Tibet, my family fled Tibet and spent a few years on the Nepalese highlands before going down to India to live in the Tibetan refugee settlements. This is not a unique story. This basically happened to everyone, with some variation, living in exile or the greater Tibetan diaspora today. I was born in a Tibetan settlement in India and lived there till I was fourteen, when my family moved to the United States as ‘displaced Tibetans’ through the Tibetan provisions in the 1990 Immigration Act. Because of Representative Barney Frank, a Democrat from Massachusetts, I am not a Tibetan refugee in a settlement in Dharamsala but instead a Tibetan American from Boston and New York, currently based in Kathmandu for the year! Through the lens of my family, I am trying to tell a story and also explore the connections between Tibet, China, Nepal, India and America. It’s about exile and resettlement, about migration and diaspora, and how families fall apart and come together.

What a worthwhile addition to the cannon of immigrant fiction. I wish you every success as you move forward with it! Are there other ways your own Tibetan identity impacts your writing?

I feel like that’s asking a fish how the water affects her swimming. It’s the air that I breathe. It informs everything yet restrains nothing.

Succinctly and well put! What other developments can you see taking place in Tibetan literature these days?

There’s kind of a renaissance of Tibetan literature underway right now. It’s ironic—because the Tibetan writers in Tibet are not free. They write under severe censorship and pressure—that’s why a good deal of the literature written in Tibetan language is free poetry or if it’s fiction, it’s magical realist. There’s more leeway there than with nonfiction, which can have many more consequences. And the Tibetan writers in exile are homeless—without the resources of a nation to support and promote that literature, and working often outside the history and comfort of their native tongue. And yet, and yet, Tibetans have always been an immensely creative and slightly rebellious people and this is a very fertile period in Tibetan art and literature. And occupation being the central facet of Tibetan life, a significant component of this art and literature engages with, responds to, reacts against, the Chinese occupation.

I find that answer to be so hopeful and downright inspiring. As a Chinese immigrant myself, I can only say that I’m thrilled those writers are still telling their stories and that you’re part of bringing their stories to us. What else has been a positive experience for you as a minority writer working today?

I feel like there’s much more interest in the margins these days and a recognition that there can be value in the margins, and especially in the dialogues and crosscurrents between the mainstream and the margins. I’m glad we recognize the value of activism once more. What’s marginal today can be mainstream tomorrow. As a writer working in America today, I’m grateful to live in a time when we recognize that the immigrant experience is the American experience.