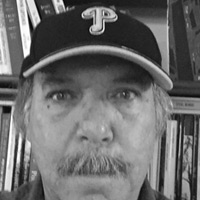 insinuating notions of hollers and moonshine
into suburb-consciousness—as Impalas and Buicks tore
up and down the street, swerving, swearing to the end
of the block, almost side-swiping girls and boys
huddled at the bus stop, bookbags strewn on lawns
recently trimmed, edged, and treated.  No fiddling

around, parents insisted; it’s a violin not a fiddle,
and if you don’t practice you’ll never shine.
Don’t forget you promised to mow the lawn.
Keep August clear for your brother’s tour
of midwest colleges—Oberlin, Michigan, and both you boys
clean out the garage, I want it spotless from end

to end.  Mother tethered at the end
of her rope—break out the fiddles.
Now, at least, we had the Blue Grass Boys
(Blue moon of Kentucky keep on shining….)
practicing for their upcoming tour
of folk festivals.  They set up lawn

chairs and chaise lounges on the front lawn
for their impromptu concert—music without end,
as the banjo picker clawhammered, frailed, and tore
through the tune, and the high hopping lonesome fiddle,
and Bill Monroe himself and the smooth spit-shine
harmonies fricasseed by him and his boys.

It would take much more than this to make the boys
on my block drop mitts and balls, recline on the lawn
in the shade of landscaped maples, sunshine
cleaving the yards, to contemplate ends
instead of means—to hear a round of fiddles
playing Bach, to imagine a Grand Tour.