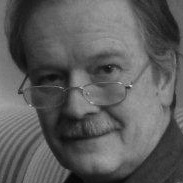 —Walpola Rahula, What the Buddha Taught

Wayne and Abby kept an open package of sleeping pills just sitting around the way another couple might keep a dish of exotic bitter candy that appears to be for anyone to grab, but which they know only they themselves will eat. Sometimes the box was in the bathroom, but other times in the living room on the coffee table where Abby could grab a few and drift off on the couch, letting the TV turn to snow.

They even had two boxes going at once, or three. If Wayne got up at 2 a.m. and couldn’t find one, he’d rip open another box like a dog. Why waste an hour looking? Of course, this preoccupation with Sleep meant other issues were going unaddressed, their debt for example, and his daughter was backpacking in the Middle East and emailing home for money. But this was Abby’s second marriage and his third, they were both Buddhists and they knew about dukkha, one of the Buddha’s Four Noble Truths, that life is suffering. But they were lapsed Buddhists, because what they had come to believe about dukkha was that they couldn’t do much about it, and so it was just as well to turn their wrath on Sleep.

In fact, Abby used to call her husband Dukkha Wayne, and laugh, laugh, laugh. Sometimes, if she was drunk, she called him Dukkha the Palooka, right before she threw something at him. Usually a shoe. But sometimes a book.

One night Wayne woke up and found that he couldn’t pee. Abby had to drive him to the emergency room where he was catheterized and drained like a radiator and told he had to stop popping the sleeping pills—they were swelling his prostate like a brioche.

But I have to sleep, he told the doctor.

You have to urinate too, came the answer.

So, Abby slept, and Wayne lay beside her like the night watchman over their worries, their variable rate mortgage, the new lumps he’d found in odd crannies of his body, Abby’s son driving around Florida with no insurance in a car about to be repossessed.

Inside of a week Wayne was near collapse. In every action he felt like a football player running to catch a pass in front of a hooting crowd but unable to see the ball anywhere. Just walking to the deli on the corner, he felt like this. And his job became a worse nightmare.

Then something else occurred. Wayne’s worries began swimming like bluegills from his head into Abby’s sleeping skull where they turned into barracudas. Her doctor said she would keep having nightmares until she stopped gobbling pills. He said, You’re better off with real Sleep, what little you get, than the artificial.

Now they toss together like two fish in the bottom of a boat. Now Sleep comes in the room and favors one or the other, usually Abby, maybe because she’s still beautiful, while Wayne is looking like a wax image of himself left near a heater. Sometimes Sleep breathes on her lips like Charles Boyer, or it kneels on Wayne’s chest like a succubus, or it reaches into the crannies of his body to rub the strange new lumps.

Sometimes Sleep reads a narrative poem to Abby that ends in her death, or it makes the phone ring, then stop, then start again. Then stop. Sometimes Abby sits up and says, Wayne, get me a drink. He gets up and goes into the kitchen. Sleep and Abby wait, listening to ice drop in the glass. No ice, she yells, it’ll keep me awake. And they hear the ice tumble into the sink, and he returns with the glass of gin.

Then they begin again, Sleep, Abby, and Wayne wrestling on that rutty plane of night.