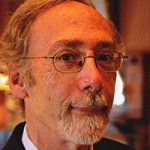 “Ghosts: War Artifacts” – reinterprets historical photographic portraits to portray the emotions and damage of war. Using images from the American Civil War, I remove the metal mattes from the original 1860’s memorial cases to reveal the vivid patina of oxidation. I then print them as transparencies which are mounted on 24”x30” acrylic, reminiscent of the original ambrotypes that were wet collodion on glass. Tilted against the wall, the young soldiers and women cast ghostlike shadows on the surface behind them.

As Paul Fussell wrote, “Every war is ironic because every war is worse than expected . . . its means so melodramatically disproportionate to its presumed ends.” Sadly true for these young men and women who lived 160 years ago and as we now see in the war in the Ukraine.

All of the original images are from my personal collection, with the exception of the drummer boy who served with the Massachusetts 54th Regiment and the young African American soldier. I am grateful for permission granted by the Massachusetts Historical Society to use the former image and the National Archives to use the latter.

War artifacts figure prominently in my other series of damaged GI Joes, and toy soldiers from WWI from which I have created 4”x5” wet collodion tintypes that I place in vintage 19th century cases. They are also represented as 36”x24” dye sublimated aluminum prints.

All of these series may be viewed on my website: https://www.WilliamBetcherPhotography.com.