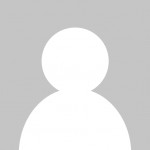 On October 13, 2016, the Nobel Prize in Literature was awarded, amid great controversy, to Bob Dylan “for having created new poetic expressions within the great American song tradition.”

the night before Dylan gets the Nobel Prize, Hayden’s fortune cookie forecasts a change of mind. the morning brings his nightly slew of emails, every thought in six degrees of separation to its soulmate, analogies so jaw-dropping, so awe-inducing they put any hope of conquering my yearlong writer’s block into hibernation, so shimmeringly possessed of beauty are they,

or would be if not such incontrovertible evidence of a literally splintered mind, spinning chains of non sequiturs that put my own poetic metaphors to shame, blow me away, put me in two opposing states of mind, make me cry. is this literature?

this is my son.

here, at the inaptly named behavioral center, patients walk freely inside the locked door, hanging out. the guy in frantic conversation with himself, the woman with the uncontrolled arm and leg movements manning the pay phone, the sweet-faced boy saying he’ll take one of those hugs Hayden has for everyone in the world, he’ll take one every day, then ten minutes later yelling at his parents in the lunchroom F U IF YOU EVER COME BACK HERE I’LL KILL YOU! as they quietly pack up the takeout containers and tupperware.

teaching opportunity: he’s a good guy but he’s been off his meds way too long like you and is having some trouble. he’ll feel better soon. Hayden says yes, it can be hard for us empaths. before I leave, Hayden hugs me and whispers, someone here is trying to kill me. (the sweet-faced boy?) I watch my son walk down the hallway to his room.

Theo, the nurse, tells me Hayden threw out all his underwear and ostomy supplies because he thought someone was messing with them psychically.

Hayden only agreed to stay at the behavioral center that first night if I promised to take him to see his wife Angelina, the woman he’d been going to for massages, on Christmas Day. without an address and our only knowing she lived in Flushing, Queens, when she wasn’t visiting her children back in China, I had no idea how or if we would find her, but there was nothing I could say but yes.

lockdown: when I get there the next day, I put my phone, pens, spiral notebook, keys, tin of mints in a locker. I transfer Hayden’s grad school acupuncture book, his tofu and brown rice from their plastic bag into a brown paper sack. I know the routine. I hold my arms up and the security guard passes his scanning wand up and down over my body. all-clear. I walk over to the seats to wait until visiting hour. at 11:30 the guard calls the 3rd floor to tell them I’m coming up and they tell him no one can enter Hayden’s unit until further notice. one of the patients has escaped.

another few weeks of meds in his system. he says it’s nice here, he’s always wanted to live in an intentional community, tells me about the yin yang he’s working on in art class, shows me the page he filled in about his hopes and dreams for the future, asks me to bring him more underwear, tee shirts and pants in the colors of the four elements, and more supplies — he says he’s trying to be gentlemanly but the nurses won’t give him access to his ostomy bags when he needs them so he’s constantly leaking through his clothes — and Twenty Love Poems and a Song of Despair, Neruda. there’s another patient in group therapy he thinks it will help.

from across the lunchroom table he tells me I look radiant. I try to wrap my brain around his explanation of how we can exist in both this world and the spirit world simultaneously. instead of eating the loaf of fresh bread I bring, he asks me to take it home and put a candle in it and send a photo to Angelina.

Hayden: you never let me express my feelings when I was growing up.

me: I’m not trying to invalidate your perspective and you’re entitled to it but my recollection is very different.

me: don’t cry is an expression people say to be comforting. I always told you it was good to cry if you needed to. don’t you remember all the times I sat with you and hugged you in your room when you were upset about things?

the head psychiatrist agrees Hayden is thinking 80% clearly now. increasing the amount of antipsychotic med he’s on would make him sleep all day. still often euphoric but the swings are better on the bipolar med they’ve switched him to — he’s not talking as fast and isn’t as fixated on

his inventory of childhood traumas. the sleeping meds are helping him get his nighttime sleep. the team tells me that at a certain point being in the hospital can be detrimental. he just needs a little more time.

every day someone else goes home with their artwork and discharge instructions, mostly people who were admitted after he was. goodbye, good luck! happy thanksgiving!

Hayden says he’s turning into a zombie, needs to get out of there.

the young man who thanked me profusely for watching his cookie when he had to go to the bathroom the other day is sitting at the next table. DON’T PUT THAT SHIT ON ME, his mother says. I HAD IT HARD FROM THE TIME YOU WERE LITTLE. DON’T YOU BE GIVING ME NO FUCKING ATTITUDE. I’M HERE, AIN’T I. SHOULDA PUT YOU OUT ON THE STREET AGAIN, YOU FUCKING NO-GOOD LITTLE COCKSUCKER. now she’s standing up, getting in his space.

the security guard comes over to cool it down. the girl whose family never visits looks relieved.

I try not to stare at her wrists.

the nice social worker, Josie, tells me when it’s someone’s birthday they always have a cake and all the patients sing. I remind her he’s a vegan and to please ask the kitchen to bring vanilla because he doesn’t eat chocolate. no problem.

when I get there with his birthday gifts I ask Hayden if they did the cake yet. he says they apologized; they forgot about it but will do it tomorrow.

sometimes at the unit instead of seeing suffering and illness and displacement and danger I feel like I’m in the middle of something beautiful, a family, a group of people of every age and gender and color and religion speaking all different languages, learning to live together, to communicate, to accept and trust, to share their histories in safety and to listen without judgment, divided by only six degrees of separation from one another, from us.

the med student, James, who’s been assigned to Hayden’s case, is moving on to his next rotation. before he leaves he gives Hayden a list of goals to try to follow when he gets released —

there is talk of transferring Hayden to an award-winning program at another hospital for patients who need longer stays before they’re ready to function outside. when I google it I find glowing reviews. patients get to cook their own meals, do meditation and martial arts and there are cultural events, but WHAT THE HELL everything they do all day is based on a token system. make your bed, you get a token. show up for breakfast, another token. stay out of fights, go to group, token, token. oversleep, no token. miss a meal, miss group, no tokens.

that is not the place

for him. he’s never

soul in his life,

not even an insect, never

a hamburger, and what if

he’s too tired from the

meds to get up

go to group? and furthermore,

is really getting to me.

I am appalled that no one —

not the psychiatrists, not

not one single parent —

has started a petition

to change the building’s

how about there is nothing

controversial in the literature

about the fact that it’s

not their fault. but

maybe that would be too many

are coming a little too

someday a 3-D printer will

be able to make him a new

that someday there will be

a cure for bipolar.

and maybe I just need

some sleep but isn’t

there something to be

at the world for

how it could be?

for being a visionary?

where is the medal for

living with a brain so

and the next hiding

the team says he’s doing well and it’s up to him whether he feels ready to go home or wants to go to the token house. Hayden’s coming home.