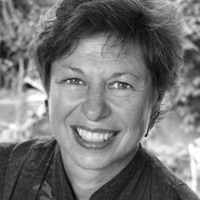 My desire to photograph nudes was born of the water, of a passion for being in and meditating upon still waters.  Wanting to make statements about human nature (as I always had before in portraits and street  pictures), not just pretty pictures of reflections, I sought a way to work with people in water to create images of a psychological and emotive nature.  Clothing the person would give off specific concerns of fashion or time, not my intent.  Thus I arrived at the nude, a subject I never thought I would pursue when I was attending art school.

A surrealistic sensibility intrigues me…we are so often driven by forces we are not conscious of or that are not within our direct experience.  Much of my life was influenced by a man who lived and died before I was born, in a country I did not know.  Yet, Hitler set many of the forces in motion for my life.  I want to portray this complex sense of being in my images: that life is made up of contradictions and conflicts, of conscious and unconscious worlds.  This sensibility appears in my work, for example, in a nude’s white flesh becoming black flesh, in a body’s back becoming the texture of the rock nearby, in water dematerializing, or in a person appearing amphibious.  Often there is a tension between overtones of life and death.

I consider my images most successful when their “objective” reality (pun intended) is countered with several levels of ambiguity and mystery, so that what they seem to be is stronger than what they are.  Water and light (usually backlighting) are my allies in reaching this goal.  Together, they create reflections and shadows that transform body, rock, or reed forms;  they illuminate transparent underwater worlds or create metallic crucibles of life.  Water and light combine to heighten the level of illusion.  Photography bores me when it becomes too literal.

I am drawn to the surrealist photographs of Man Ray and the dreamlike images of Ralph Gibson.  I also have been influenced by Harry Callahan’s graphic simplicity, Edward Weston’s formalism, and Eikoh Hosoe’s minimal yet spiritual nude forms.  My kinship to painters and sculptors, however, is as strong as it is to photographers.  Before I arrived in Greece on a year’s fellowship, I saw two artists’ work that (I later realized) influenced me: a painter friend’s delicate watercolors of rocks with human overtones, and Henry Moore’s giant carved wooden women.

As I worked in Greece and learned to capture its strong light within my aesthetic, the nudes became more abstract and sculptural.  A body as landscape motif entered the work quite unconsciously, the result of living at the island’s edge during my year’s fellowship.  My continuation of the Nudes in Water series on Cape Cod from 1988-2003 made use of the less sculptural, more variable New England light.  Not only did the surroundings change from rock to plant forms, but my style evolved in complexity and possibility, drawing in such new elements as Japanese ambience, “blackwater”, and humor.