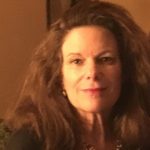 First of all, he wasn’t. It was only because they had no mother and father. She had a dad and he had a mom, that’s all, which lumped him and her together in Tom’s mind as if he and she had something to learn from each other. The time would come more kids had just mothers or fathers living at home, when it wasn’t so uncommon as when Tom was a boy, but that would be after.

Second, it was Tom’s responsibility to walk the dogs. There were three, all nameless, since Nick was away and Tom couldn’t remember what they were called. One was bald, one so furry you couldn’t tell it was female until it peed. The dogs were larger than sofas and took up half the house. Little kids could have skidded out of their water bowls. They all looked like the dogs with eyes round as teacups, which was why Nick should have named them for fairy tales, except Nick wasn’t the type. “You be head of household til I get back,” Nick had said when he left on a job someplace else in Wisconsin and put the pets in Tom’s care. Tom’s mom rolled her eyes. Though it was two weeks already and Nick was still gone, she parked her car as if his were still sharing the driveway, the front end on the lawn. Tom was ten, in third grade, and he needed to walk the dogs one at a time, adjusting the harness in-between. Petal wasn’t in his class at school but she lived around the corner, and when he walked the dogs, they often slowed to sniff the curb from where Petal could be seen through the spotless picture window, in pajamas already, practicing piano. Third, it might have been the dog who paused to observe her from across the paved road, or who enjoyed the reckless plashing of piano music coming at them through the ground, or sensed Tom’s grip slacken at his end of the leash before Tom sensed it himself. The curb marked the place where the park fanned out, a mudscape of goose droppings oozing away from the frozen lake, on which discarded Christmas trees, soon to fall through, leaned this way and that a half mile off shore. Tom thought it uncouth, heartless even, to drive the trees so far out, the tinsel lashed by the wind, a star washing ashore on the beach in summer with all the sparkle “got broke,” as Nick would say. In contrast Petal’s house appeared sturdy and neat, a prudish, stony bungalow but without any blinds, the drapes fastened in swoops. Tom couldn’t hear any music where he stood, but he had heard her play at school. She was a terrible player, on purpose it seemed, as if she planned to concoct a whole slew of rogue notes that she disliked less than the ones required. She often struck a wrong key, then ricocheted backwards and struck it much harder. Once, she even flung herself off the bench, then pulled herself up with such rage and hilarity no one dared join in laughing.

Luckily it wasn’t yet the middle of March so the days ended early. Tom wore the pea coat his dad had left behind in the hallway closet. He wore his own wool hat and he walked in the twilight, then in the dark. The coat was too big. It made him feel like a man, not a brute but flesh and blood, like he was his own dad straining inside it, ready to be unbuttoned back into the world and make a better go of whatever dads did if they stuck around to do them. Tom didn’t know much about dads at all, and all he knew about his own was his coat was so heavy Tom couldn’t carry it unless he was wearing it. Also that he’d wanted to be an actor. Tom wanted his dad to be an actor too. He thought of this only while wearing the coat, his dad up on some stage dressed in boots and kid gloves, sweat rolling in beads off the wings of his collar every time he took a bow, but for what, Tom wondered? For being what sort of prince or goblin or who? Tom wore no gloves himself, because the coat’s patch pockets, like giant mitts, sat just high enough up so he could reach inside to make sure they were empty, empty of things Tom might have slipped into them, and of things he had missed that might have been there a decade. The pockets would have worked fine for the stashing of poop bags, but poop bags came after. This was before. People never cleaned up. They left their dog’s mess wherever it fell, to nourish the clover.

Most nights it seemed like the worst that could happen was if Petal swiveled round to spot Tom on the curb just as one of the dogs was squatting there. But that was unlikely. Rumor had it there was always one gift of Day of the Week underpants wrapped in bright paper at Petal’s birthday parties, because the moms agreed her dad might forget to buy her any, which was why she walked so tall while collecting her lunch tray, because everyone knew what day she was wearing. She held her neck even straighter at the piano, her hair in its muddle of clips and frizz, her hands walloping the keys. Some nights she’d sit playing for as long as it took him to walk all three dogs, but this evening she was gone by the time he walked the dumb one, then was back on the bench by the time he walked the smartest. The nights she wasn’t there at all was how Tom knew how much he liked it the nights she was.

Tonight was different, however, because Petal’s dad was there in the room with the piano. The dog who slobbered started growling at the sight of him, so Tom needed to muzzle its snout with his hand, then wiped the slobber on his hat instead of the coat. He’d seen Petal’s dad just a few times at school. It never surprised him her dad was tall, since Petal was, naturally, taller than Tom but also taller than most of the other kids. That her dad was a doctor made it extra dismaying her mom was dead, since not even with all of his friends being doctors had he been able to save her. Tom could see this in the stoop he allowed his narrow shoulders, the ironed creases in his shirt, the picture the creases made in Tom’s mind of Petal snapping open the ironing board and then standing over it sucking in heat, like Tom’s mom liked to do when she took up the iron, a task she never asked for Tom’s help in completing, so it really didn’t seem like a task at all. Petal probably ironed the way she played piano, with a crazed, proud vehemence staving off panic.

Petal’s dad had hair when Tom saw him at school, but now his bald head shown in the yellow light as he sat on the bench and started flipping through the music book, slowly at first but soon too fast to follow, and then what did he do? Lifted the tent of Petal’s pajama top, slid his fingers past the waistband into the bottoms, gave a jerk with his elbow, then a jiggle with his arm. Petal flinched but kept playing, her hands flapping like geese the day the dog who liked to pull too hard on the leash raced away from Tom to chase them. Something roared in Tom’s ears, but it wasn’t his blood and it wasn’t a headache, it was the sound of the lake ice groaning and clacking, the giant frozen chunks shoving against each other as they rolled into shore. He slipped a hand into one of the pockets again in case he’d find a hammer his dad had put there, since come to think of it there wasn’t one big enough anywhere, only nails in a jar.

When the dog was finished squatting, it grunted, satisfied. The smell wasn’t too ogreish. It was only goose and dung, cold grub and old ice, and in the end the dog stepped sideways to let them start home where Tom’s mom was fixing supper, her feet in fluffy slippers to wipe the shedded dog hairs off the floor. She didn’t ask for Tom’s help since supper wasn’t a task, it was only crushed cornflakes on slabs of chicken. There was nothing she needed but forks on the table, her and Tom and the animals crowding so close there’d be no room for Nick if he ever came back, which he never did, anyway. One dog fell asleep standing, another’s collar was missing. Tom reached over the table as if to stroke their six ears, through which some phantom strains of music still seemed to be rippling. He gave a stiff pinch to each, the dull-witted dog and the philosopher dog, the fat one and the hungry one, the dog who liked milk and the one who turned its teacup eyes away from it. Tom’s mom jumped at their yelping and quivering, and if for a moment he was sorry, soon that moment slipped away. Tomorrow he’d wear his own jacket.