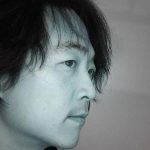 Look, I know I’m supposed to be the editor, and I know that as an editor I’m supposed to control myself, write something neutral and beige, with carefully picked quotes woven together into a perfectly acceptable and perfectly forgettable whole.

But the truth is I adore these three writers: Mariya Deykute, MC Hyland, and Suzanna Slack. And so this isn’t that kind of note.

There’s a death inside you, too. You would like to hold it out, to and against all the wreckage, as if to say: here, I am with you. But it feels so small, so inconsequential, so insufficient. Ill-formed, unmoving: little lithopedion, little mute. You just want to crawl into bed. And sleep. Sink into it. A stone.

What I want to say to you is: these writers stayed up. They felt what you feel and they stayed awake, and they did not turn to stone. And with intricate intensities, with alchemies of intimacy and distance, and with their tender human hands, they are holding out their loneliness, their wounds, their obsessive zig-zag walks, their mourning, their long nights. Their crises of conscience and epistemology. Their PMS, their PID, their gingerbread houses, their yawning ovens, their broken kitchens. And they are saying yes, we are with you, yes, you are not alone.