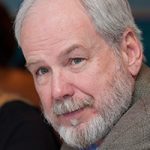 In the Winter 2019 issue of Solstice, photographer Charter Weeks described the source of his work featured in our pages: “’The Prosperity Gospel’ is a project done in collaboration with the writer, Keith Flynn, documenting the effects of the Great Recession on the individual lives of people living in Appalachia, within a 75 mile radius of Asheville, North Carolina.  We have been in homeless camps, tobacco sheds, dirt racetracks, gun shops and Baptist churches.” This book is the magnificent product of that collaboration. Weeks goes on to say in his introduction, “I like to say photography keeps yesterday safe for tomorrow. We hope this document will become an important record of our time.” That hope has been abundantly fulfilled.

Prosperity Gospel: Portraits of the Great Recession is organized in four parts: Profiles of the Working Poor, Working Around It, One Crisis from Catastrophe, and Where the Money Goes. There is a heartbreaking and clear understanding throughout that there is a fluidity between these categories, that economically speaking, the safety net is full of holes. Along the way we meet a roster of proud Appalachian people including couples, religious believers, Native Americans, lovers, outlaws, small business owners, parents and preachers, struggling to imagine a future for themselves, doing what it takes to keep hope alive.

At the end of their time with him, Carl Rice, a struggling farmer, says, “Let me see your book when it comes out. Lots of people are hurting right now. You fellows won’t have no shortage of hard luck stories.” And they don’t. But Prosperity Gospel is much more than a book of “hard luck stories.”

First of all, the authors are not ascribing the fortunes of their subjects to good or bad luck; resisting that demoralizing shrug, they lay blame squarely where it belongs: on structural inequities that reached catastrophic proportion in the lives of these individuals. This is a book about people surviving the massive plundering of the American economy that brought about the Great Recession of 2008. Prosperity Gospel is not about what happened in 2008, however, but about its consequences, about what is still happening, now: in a word — if the word is used honestly — history, a history that leads on to continuing struggle and back to a still unpunished crime: the mendacity, thievery, and fraud of politicians, banks, and corporations.

And secondly, whatever “hard luck” the people Flynn and Weeks introduce us to, it is more than matched by their resilience, their humanity, their strength. Taking the form of “work-arounds” or in the shape of “whatever it takes,” these are as creative a group of human beings as you will find anywhere.

In 1936, James Agee and Walker Evans travelled to Hale County, Alabama, to document the lives of tenant farmers there, and to try, as Agee put it, to make “a photographic and verbal record of the daily living and environment of an average white family of tenant farmers.” Agee hoped that beyond this documentary dimension, the work might stand as “an independent inquiry into certain normal predicaments of human divinity.” Their book, Let Us Now Praise Famous Men, is widely regarded as a classic of American nonfiction literature. Flynn and Weeks’ Prosperity Gospel is destined for the same high and lasting regard.

Flynn, as a native son of the region, receives not only access but welcome and cooperation from the people he meets; he is one of them, not “from away.” This shows not only in their willingness to tell their stories and be photographed, but also in the care with which he curates their self-presentation, the care he has for them. People down on their luck, people holding tightly to their dignity, can smell pity from miles away. The sixty some voices in this deeply beautiful document are responding to the respect and openness both Flynn and Weeks brought to this project, to their appreciative, fraternal, and kindly presence. This is not anthropology; this is witness.

Time and again, word and image converge to deliver a whole encounter, leaving us not with a political slogan or a sentimental sigh, but with a clarified understanding. Somewhere between Agee’s self-conscious and stylized prose and Svetlana Alexyevich’s curated oral histories, Flynn’s writing locates him (and we his readers) in dialogue with each of his subjects. His profiles bear comparison with the best of Joseph Mitchell’s. He knows when to comment and when to stay out of the way. Weeks’ photos rhyme with Flynn’s prose portraits, sometimes augmenting an impression, other times adding a further dimension to our experience of meeting each of these people. The photographs are not posed; they are not, strictly speaking, candids either, Weeks always careful to get prior consent. Nevertheless they are candid in that they document candor, neither subject nor photographer hiding anything.

Among the many resilient survivors we meet here is Tonya, whose life went into a downward spiral when her husband drowned. Her story is among the most moving we encounter. At the end of that profile, Flynn writes:

… and we stare at the slow muddy river ten steps away, gliding past us like a giant brown cloud, filled with the detritus of all these lives, an escape and a barrier at the same time, hypnotic and terrifying in its quiet power, absolving this land of nothing.

While this is not a book of partisan politics, the authors are surely aware that they have brought an indictment on behalf of the aggrieved, not in a courtroom, but in the conscience of our nation. This is a work of moral imagination of the first order. A reader will feel connected, as indeed we are, to these tough and tender people, our fellows. Maybe it’s better to say we are re-connected to them, brought together as countrymen, as the neighbors we are, compatriots once again in defiance of the falsehoods that have separated us one from another.