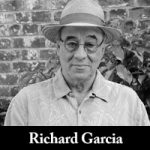 You opened your eyes and considered the objects in the room. The cup and the pants-
hanger on the table. The ship’s clock and boomerang, the basket with protruding
envelopes—bad news from matter and phenomena and what did matter matter anyway if
it was intrinsically evil. And you are an object in the room and the room is an object in
the building and so on down to some mistake, an event that never should have happened.
Meanwhile I returned to the Army and Navy Surplus Store where I was supposed to meet
my friend, who apparently, had not waited for me. Why was I reluctant to ask the clerks
about him, and why didn’t I know his cell phone number, was the question as the myth of
morning reasserted itself and the store with its pleasing khaki shirts and the dress I had
bought you faded, the green and purple dress a bargain even with the paint stains, and I
remembered why I did not know my friend’s phone number. It was the destruction of
light into painful shards, the breaking of light into chunks and bits and powders, the
grinding of it into poisonous bits so small they had to exist only where there was room
left over for what was thrown away. What fell of its own accord, what was lost and
forgotten, what never existed. You opened your eyes and considered you must purge
yourself of all this stuff holding you back like boulders tied to a stream, holding you
down like gravel pressing you into silt, into the mud and clay.