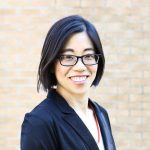 In 2014, my parents announced they were leaving Massachusetts and retiring to California. I marched into my therapist’s office and flung myself onto the couch to cry. I couldn’t believe they were abandoning me.

Worst of all, I told my therapist, was that now I was going to have to be an adult and buy my own Costco membership.

I’d known about Costco since the early 90s, when one opened near my hometown. My parents rushed to join, along with their entire circle of friends, all emigrants from Taiwan just like them, each family complete with two or three American-born children. I was 21, but I still gaped at its flagrant excessiveness and its colossal shopping carts, with the wonder of a kid at Disneyland. Concrete floors, shrink-wrapped crates, the inevitable bird which flapped into the warehouse and searched pathetically for an exit. Costco wasn’t pretty, but I saw beyond the superficial and recognized the limitless potential stacked on its wooden pallets.

My love affair continued even after I moved out of my parents’ home to get married. Chris and I were DINKs—a Double Income, No Kids couple—and we didn’t need crates of eggs or huge trays of meat, but we still bought a membership. Maybe that was simply what I assumed serious couples did: date, marry, buy a house, sign up for Costco.

We didn’t recognize Costco’s specific allure at first. Chris and I quit our membership after a year because we moved closer to other warehouse clubs. As with most romances, we assumed something new would be more gratifying. But after an experimental phase, we realized that we wanted back. Chris missed their chicken bakes; breaded chicken cutlets submerged in oozing cheese, studded with bacon, and wrapped in dough. A single one weighed half a pound. I was on board the Costco train because I was a cheapskate and considered the other clubs too limited in their savings and package sizes.

Before we could renew our Costco membership, my parents offered to take us whenever we needed anything. Their move to California far in the future, my parents still lived about twenty minutes away from us. And as my mother explained on the phone, “Costco so close, we go all the time. No problem!”

Chris and I fell into the pattern of visiting Costco with my parents, buying what we needed on their membership. On a typical outing, the four of us traversed the aisles, heads swiveling from side to side like spectators at a tennis match to make sure we didn’t miss anything. Toilet paper and paper towels, quantities limited during the months they were in the coupon book, took on disproportionate importance as we discussed how best to split the savings. Meanwhile, food we would never touch at home beckoned seductively from paper cups at the sample stations.

Outside of Costco, my parents and I were emotionally stunted, incapable of articulating what we meant to each other. But under the fluorescent lights of the warehouse, our love emerged as we hurried to share the really good samples like the seafood dips.

When Chris and I divorced, I got custody of our surrogate membership. My parents not only let me use theirs when I was with them, but also refused payment for my salmon filets and jugs of detergent. I felt guilty I didn’t push harder for them to take my money, and then guiltier that the divorce had left me so financially unstable that I needed this subsidy. But I couldn’t quit Costco. As soon as I tore into the plastic wrap around my last case of toilet paper, I had to call my parents to schedule another warehouse run. I had only 72 rolls left.

On one of my last trips to Costco before my parents moved, I went with just my father. We sampled our way through slivers of baguette and morsels of danish, and then stopped at our favorite section: fruit.

My father and I love fruit. After a meal, no matter how delicious or lavish or how tight our pants have become, my father cheerfully asks, “Who wants fruit?” As the youngest of eight children in a farmer’s family, my father grew up poor in Taiwan. His delight in purchasing fruit makes me think that he didn’t have the opportunity or money to do so until he came to America in his 20s to get his PhD in civil engineering. During my childhood, he stocked a minimum of three varieties of fruit in our household at all times.

This trip, Costco had papayas, which are about the only fruit I dislike. Though I don’t mind the taste, the texture hovers indecisively between crisp and custardy. But my father loves his fruit equally, and he scrutinized the papayas with a focused attention I rarely witnessed in him.

The papayas were the size of footballs, mottled in shades of green and brown and tapered gently at one end. Displayed in cardboard boxes, most of them wore an oval of stretchy foam webbing to cushion them during transport. My father picked them up, one by one, and removed the webbing to examine the skin for imperfections. He turned the papaya around in his hands and sniffed it delicately. When he found one that met his stringent requirements, he rummaged through the boxes for a perfect foam wrapper.

At the cash register, one employee scanned our items while another loaded them back into our cart. When the papaya reached the loader, he glanced at the wrapper and then yanked it off. He chucked the wrapper behind him into a trash can and dropped the papaya into the cart.

“Hey, careful, careful,” my father said, in his broken English. His hands reached out instinctively, too late to save the fruit. “I want cover. Can you put back?”

The loader stared at my father, eyebrows raised. He waited a second and then drawled, “Calm down, man.”

I understood his look of contempt immediately, and a flood of anger rushed through me. I could tell the loader thought my father was crazy for making a fuss about something a “normal” person wouldn’t fuss about. The bad English didn’t help. Any minute now, the employee was going to start speaking louder and more slowly, as if my father was stupid.

My father was inspecting the papaya for injuries, and I couldn’t tell if he’d seen the look. But I felt furiously protective and wanted to shout at the loader that he was a racist asshole. He didn’t know how much my father loved fruit. He didn’t know that my paternal grandfather had died before my father turned 14, or that my father’s only friend, as an elementary school student in rural Taiwan, was a grasshopper.

Unlike my mother’s family, most of my father’s siblings had stayed in Taiwan as adults, living on farms like the one where they’d grown up. Their lives were far from ours in America, and far from even my mother’s comfortable childhood in the capital city of Taipei. My father was the pride of his family for having achieved success beyond the farm.

In truth, my father had almost nothing of his own in America. He played tennis. He bought fruit. These were what made him happy and made him feel successful. Almost everything else he did was for someone else’s benefit.

My father didn’t own any frivolous items whose sole purpose was to bring him enjoyment or comfort, because he didn’t seem to know how to want something for himself. He didn’t even seem to have complex emotions. Once, when I told him I was depressed, he was earnest and hopeful as he suggested that I “think about happy things.”

The loader fished the wrapper out of the trash and tossed it at my father, who reverently slid the papaya back into its protective sleeve. My father paid, and the two of us wheeled our cart toward the exit. I wanted to make up an excuse that would let me run back to our checkout line and yell at the loader, out of earshot of my father. But I didn’t want to make a scene. Soon we were at the exit where my father handed his register receipt to a Costco employee.

The employee glanced over our cart and checked the contents against the items listed on our receipt. He drew a large slash in black marker across the receipt and handed it back to my father. “Have a nice day,” he said.

“Thank you,” my father answered, but the employee had already moved on to the next customer.

After my parents retired to California, I didn’t have the option to shop with them on their membership anymore. I waited months before buying my own, perhaps hoping they might change their minds and return. But they didn’t.

One day, walking alone through Costco, I saw a “floating island” on display. It was enormous; a rubber raft that easily fit seven adults, complete with built-in cooler, ice buckets, and cup holders. No one in my family could really swim. We viewed water as a utility, only useful as it related to hygiene. But for a moment, I could imagine our faces on the package in place of the laughing young adults, their attractive white faces shining in the sun as they sipped their cold drinks and dangled their legs in the water. For one hundred and fifty dollars, I could buy a fantasy, and deflate it into a cardboard box that I could wrap my arms around. It seemed a small price to pay.