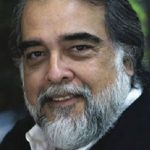 The Shape of Water is much more than Hollywood’s timely vilification of “the Russians” to justify Hillary’s electoral defeat in 2016. A veiled allusion to The Beauty and the Beast is clearly present. Not so clear, perhaps in the hope that some memories were flushed down the sinkhole of movie history, is the trilogy featuring the Creature from the Black Lagoon, The Return of the Creature, and The Creature Walks Among Us. Like his cinema predecessor, Oscar’s most recent celebrity creature also arose from the lush vegetation and the murky waters the Amazon, a not-so-subtle evocation of a circumcised phallic symbol—particularly when divested of his scales and fins in the third film of the Creature series.

(Please note that, among the unforgettable images, the poster promoting the first film, features an enticing female, seen from the angle of a provocateur’s lens, swimming near the surface of the Amazon River while, from the dark depths of the Tropical waters below, the libidinous Creature ogles her, extending a paw—or a claw, if you prefer—with the obvious intent of indulging in sexual harassment.)

A tickling reference to Splash is also present where a good-natured, bungling, yet lovable, Lothario was seduced instead—and kidnapped—by a shapely water female creature to breathe happily ever-after through brand-new gills in a congenial underwater Camelot.  And the even less subtle images of Ginger Rogers and Fred Astaire evoking Nicole Kidman’s and Ewan McGregor’s rendition of Moulin Rouge was an outright invitation to an irrepressible guffaw that surely echoed over the soundtrack of an attentive audience caught in rapture of an uplifting message. However, out of some warped sense of self-discipline, I suppressed the urge to rush out of the theater.

I nevertheless recognize that, at least among Oscar militants, I am in the dangerous fringe of execution of depraved iconoclasts. Indeed, sooner or later everyone dies. Thus, while standing on the executioner’s block, I hope to attain perfect contrition in the immortal words of the Vatican’s chief executive, Beroglio, the only Argentinian humble enough to show God the best way to protect the Sistine Chapel: “Who am I to judge?”