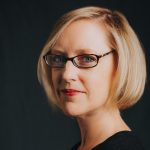 Eating Lightbulbs and Other Essays

“I wanted to eat lightbulbs. I wanted to hear my teeth crunch the little pieces. I wanted to swallow them, I wanted to feel them cutting the insides of my throat.” This striking admission begins the titular essay of Steve Fellner’s new collection, Eating Lightbulbs, providing context for stories that often feel like painful, self-inflicted confessions. It also illustrates Fellner’s arresting, unapologetic style. He knows what he needs to say. He’s not interested in making the reader feel comfortable with narrative cushioned by lyric description or redemptive endings. He’s interested in telling the truth, and succeeds with honesty, judiciously crafted dialogue, and hard-won self-awareness.

Anchoring Fellner’s collection is “On Redemption,” the story of a brutal attack perpetrated against his boyfriend, Luke. After a night at their favorite bar, he and Luke argue, resulting in Luke walking home alone. Aware of the possible danger, Fellner follows him at a distance. Suddenly, a van approaches and stops next to Luke:

Three men got out and pushed him against the hood of the van. They punched him until he fell to the ground. One of them took a bat out of the back seat and hit him in the stomach… two of the men spat on him. And then one kicked him in the stomach.

The men shout homophobic slurs as they beat Luke. Afraid for his own life, Fellner hides behind some trees, witnessing the entire attack. When it’s over, he runs home, never intervening and never calling for help. He does not tell Luke he was there.

After Fellner suspects a writing student of being one of the attackers, he asks Luke to look in on the class to see if he recognizes him. He does, and he understands what that means:

“You followed me that night,” Luke said. “You saw those men. That’s why you’ve been trying to place him.”
“Does it matter?”
“No,” Luke said. And then he kissed me on the forehead.
And then he hit me.

We get the sense that Fellner wants to come clean, that it’s what he must do to move beyond his failure to help Luke and lying about it. Isn’t that what writers claim to be one of the functions of writing true stories? To process them, to make meaning of them? To move on from them? But Fellner isn’t going to let himself off the hook that easily.

In “On Apology,” Fellner reevaluates his motivation for writing about Luke’s attack, and he is unflinchingly honest in what he finds. “The essay was anything but an apology,” he writes. “I missed my friend… I imagined the essay would reestablish contact.” He wrote about Luke so that Luke would know he wrote about him. Perhaps there would be forgiveness. Fellner does locate Luke; but what he discovers dispels any illusions about redemption. If he’d known how Luke’s life unfolded, Fellner writes, “I would never have written the essay about the gay bashing, which feels like a confirmation of some intimate truth, but I’m not sure why or what that truth (or truths) is/are.” He’s not going to pretend to understand what all of this means. But he does know that something inside of him has shifted, and that feels like progress.

Unafraid of grappling with his complicated psyche, Fellner is also willing to engage with the contradictions inherent in his thinking and behavior. Perhaps the clearest example is his professed hatred of metaphor. In “Eating Lightbulbs,” after he tells his therapist about his obsession, she asks, “Why do you think you’re having all these thoughts about lightbulbs? What’s a lightbulb standing in for?” The question infuriates Fellner, who dislikes having to come up with metaphors to examine his psychological pain. Having survived serious mental illness, including psychosis, he equates metaphor with an unstable mind. “Perhaps madness is when you can’t control what you’re substituting things for. Everything becomes something else and you lose track of the literal, the real.” With his therapist, he imagines all the things a lightbulb could represent—his father, a former electrical meter reader; his childhood fear of the dark; how as a kid he’d burn himself so he could watch his skin peel. It’s all compelling exploration that he resents.

In “Mad Max,” Fellner revisits his perception of metaphor while describing a man who hangs out at his undergraduate college, rumpled and dirty, ranting and shouting “bible verses, all garbled.” Students surround the man, yelling at him and “telling him he’s disgusting” as the man yells back. Fellner understands this man is mentally ill, and writes:

I didn’t care about that fact. I didn’t care about the cruelty of the students. I really didn’t. I’m not going to pretend to have been ashamed.
There was only one thing that held (and still holds) my attention: that before this ill man became Mad Max, the preacher on the Quad, he had been a well-respected college professor.

Fellner then dives into his own experience with mental illness, again confronting the function of metaphor, finding it inescapable. In what is perhaps the clearest statement of claimed identity in the entire collection, Fellner writes:

I’m an English professor who once never dared to rely on metaphors like “road to recovery.” But I don’t care anymore. I had a breakdown. I have a husband. I received my tenure…I’ve earned my metaphors. I’ve earned my sanity.

Fellner’s essays are remarkable in their ability to balance contradictions. In “On Fragmentation,” he creates a fragmented essay in which he questions the value of writing fragmented essays, saying he always wants to “fill in the blanks with unambiguous solutions.” Then, in “On Marxism, My Mother’s Body, and the State of Creative Nonfiction,” Fellner explores his subjects in a braided essay while asking, “Is there cowardice embedded in the braided essay?” Is it a writer’s attempt at “gravitas,” a way of avoiding what some criticize as “navel-gazing?”

Fellner investigates contradiction without needing resolution. The tension he creates is left with us, his readers, as a challenge to identify the contradictions in our own beliefs and actions. The book’s title is the overarching metaphor for holding and processing the pain of doing just that—of telling intimate stories of fears and failures. He’s not going to make that easy for us.

Yet much of his writing is peppered with dry, appealing humor. One example is his love of gossipy, bold women as portrayed in “How to Survive a Baby Shower.” In one of the funniest moments, he empathizes with mothers-to-be as they open present after present with endless smiles and thank-you’s. “What does she do,” he wonders, “when she opens a box and there’s some raggedy-ass stuffed animal that looks like a cross between a triceratops and their mother-in-law?”

Fellner’s mix of stark self-reflection, contradiction, and humor forges a fundamental, human connection with readers. We come to believe that maybe we don’t need to reach solid conclusions about our motivations or desires or regrets. Maybe self-awareness is possible by confronting the reality of our past choices and accepting them for the complicated messes they often are. As we read Fellner’s essays, we learn that when you accept yourself—including your bad choices, failings, and contradictions–when you stop seeking redemption or asking for forgiveness, you’re freed to recognize and write the plain truth about who you are. Then, maybe, you can move on.