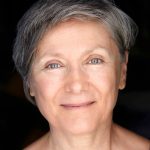 Poetry in translation
by Mariangela Gualtieri and Cristina Viti

translated from the Italian by Cristina Viti

The word Αἰδοῖος is untranslatable.
It is connected to
the particular kind of respect
due to an unfortunate person
who is begging us…
It is not to our credit
that neither French
nor, as far as I know,
any other modern language
has a word to express this nuance.
SIMONE WEIL

Powerless here.
Who has defused our life force
withered the fingers of any helping hand.
What makes of us
a stagnant puddle
without that wondrous spark.

We once were such a loud riot
of youth. We could throw stones
and sling out deadly words. We knew
how to hold hunger inside
for another’s hunger, to feel it as he,
as she would, deadly, stick-thin hunger
swarming with flies.

We once felt pity
and pity launched us into the world
unleashed us into clashes, into shocks.
Look at us now. No true voices. No
shout to spark the blood anew.

Here is the great mass of shadow
that issued leaden hours
and wheeling swastikas, heavy
trampling boots and blows and bodies
stripped of all flesh the better to combust
or darkening massed up in pits in burials
of breath. Here. That black mass issued
a harshness marketed
as worldwide cleanliness, superior strength.

It issued
carriages crammed with our human
our living hurting flesh. The merciless mass
we thought had been fought back is now teeming
swollen on a bait of missing words
once again breeding in the shadow
with new arts of persecution.
Again it snatches the beloved girl
who holds the whole springtide in her arms
and gloating takes her down to the grim stairwell
of the underworld.

Some iscariot is back
betraying the entire species again. To fashion
the justice of the prison bunk
to pass pity off as weakness.

Down at the harbour they are knocking—the supplicants.
Running from war or drought
from want or inhumanity—they don’t know
we are now growing inside us those evil weeds.

Bare Voice of the Correspondent

No bone casually broken for cruelty’s sake
no bone, no tooth
pulled out or nail, no piece
of burnt or
rotten human flesh could ever spoil my appetite.
I don’t know why. I don’t get it.
No small child, with a stone
in his hand, no child with a stone shot down
starved dead or violated child.

I believe in the powerful fever when it rages
and fells the prostrate body and in the healing
of the risen, I believe in the feeling good of the living
and in sorority I believe when
you’re laughing like crazy in a demented voice
and because of nothing a bursting merriment
sparks bodies into the lightness of the leaves

I believe in the child with a pencil in his hand
when he gathers himself in the red, in
the syllables of a stammered sound, in
the promise of his little hand. I believe
in the night when it sparks
an entire sky in the highest heights
and teaches a prayer of wide darkness
and it swallows it swallows

I believe in the dead surrounding all around
in entirely liberated souls
free of each ounce of weight of colour and of voice
I believe in windows thrown open when
a mighty burning stream
of non-visible particles enters like royalty
and meshes in an outside of naked air
I believe in the spouse lying by my side
his breathing loosened out into the room
his sleeping like an old forgiving spouse.

This is our world I tell myself
and in this hour of the night I watch it
as a God might watch
and it seems to me nothing in the universe sky
has the same grace
as this little bit—this little bit or nothing holding itself
poised just this side of the shout
before the child has learnt
the proper grip, an entire alphabet.

Mariangela Gualtieri is regarded as one of Italy’s most compelling and innovative voices. Born in Cesena, Italy, in 1951, she is the co-founder of the Teatro Valdoca, for which she serves as dramaturge. Long committed to cultivating the oral dimension of poetry and its communal, collective roots, she bridges the realms of poetry and theatre in her collections and recitals. In 2020 her ‘Sound Ritual’ was selected for the opening of the Venice Biennale Teatro. A volume of her poems (Beast of Joy, Chelsea Editions) was published in English in 2018, with translations by Anthony Molino and Cristina Viti.

Cristina Viti is a poet and translator working with English, Italian and French.  Recent publications include translations of Etel Adnan (Notte, San Marco dei Giustiniani 2018) and Anna Gréki (The Streets of Algiers, Smokestack Books 2020, with Souheila Haïmiche). Her translation of Elsa Morante’s The World Saved by Kids (Seagull 2016) was shortlisted for the John Florio Prize.