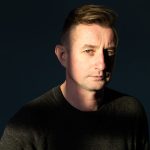 Translated from the Ukrainian by Virlana Tkacz and Wanda Phipps

You will never write about
how it all really was.
You won’t dare, you’ll keep it to yourself,
put it aside, keep it in the dark.

You’ll talk about literature,
when you should talk about life,
it’s life that rushes out into the street,
like a dog you forgot to walk.

You’ll never admit
what really made you
talk that evening.

Still, what did you risk by pouring out your dark heart,
what did you really want – you won’t write about that either,
that’s something you won’t share.

The fracture that will let the voice appear:
who will light the fires in the lands of silence,
in the lost territories?

You won’t write that you didn’t believe,
until the very end in her willingness
to listen, her ability to understand
the language of stones hidden in the grass.

A fiery ship solemnly
turns in the air above us
and angrily drops in the dark of the night –
time to dare to speak,
time to come out of the night,
time to mend fractures.

Poetry, the most moving and piercing poetry,
poetry reminiscent of a field in November:
you can only guess what was actually meant,
you can only enjoy it
you can only reread it.

Tell me again. What did you say?
“Your words are like broken glass.”
What was the last thing? “Never before.”
Repeat that. Light pours in. A poem is being written.
What was before that. Say it again. Say it again.
How did it go? “Grass bravely looks up.
I can never do it again.” That’s it.
Say the same words,
as if turning to face the sun. Those words you said then.
The sound of your name. A splash of water.
The voice is a dark thread stitched along the sleeve.
What else? “I feel you, like grass.”
Words you don’t understand yourself.
That’s it: “Try it now, try to understand it.
Try to read it. Translate it.”
A gust of cold air appears like gray in a woman’s hair.
How did it go? “I now have the words
to talk about silence.” The music of pain.
Music born in trees and in earth.
“Nothing else will ever happen. At all.”
Warm fields like full notebooks.
Songs that women take out like scarves from wooden chests.
Music that circulates in the lungs of men.
Adolescent silhouettes of sunflowers and garlic.

Just don’t call it a language.
Don’t call these vines that grow and invade
the surrounding silence a language.

Don’t call these beastly shrieks
of love a language,
or the chanting apologies to the betrayed,
or the biblical laments of politicians
over cities
they will later burn.

These are anything but languages.
These could be the complaints of stones
that lie on river banks
knowing nothing
about the depth of the river.

These could be the songs of buildings
from which entire families were evicted.

These could be the fonts
for announcements in newspapers
used to wipe down the barracks.

To speak such a language
is to converse with iron
or argue with linden trees.

This is not a language that breathes the divination of peace.
Not a language which gives rise to a breeze
full of smoke and letters.

Long silence, like a thread
leads us out of burnt streets.
Silence warm like a lamb in your arms.

We will withstand this wind
without losing each other
in the shadows.

Men and women stand
holding dictionaries in their hands
and everything is clear in the dictionaries,
like in school math books
or bibles for children.

Serhiy Zhadan was born in the Luhansk Region of Ukraine and educated in Kharkiv where he lives today. He is the most popular poet today in Ukraine and the author of twelve books of poetry that have earned him numerous national and European awards, including the 2022 EBRD Literature Prize for his novel The Orphanage. Zhadan’s books have been translated into English, German, French, Italian, Swedish, Norwegian, Polish, Czech, Hungarian, Belarusian, Lithuanian, Latvian, and Russian. He is the front man for the band Zhadan and the Dogs, and has collaborated on theatre and performance projects with Yara Arts Group since 2002. Yale University Press published his selected poems as What We Live For/What We Die For, translated by Virlana Tkacz and Wanda Phipps in 2019.

Virlana Tkacz and Wanda Phipps have received the Agni Poetry Translation Prize, the National Theatre Translation Fund Award, and thirteen translation grants from the New York State Council on the Arts. What We Live For / What We Die For: Selected Poems by Serhiy Zhadan, with translations by Virlana Tkacz and Wanda Phipps, was published by Yale University Press in 2019. Their translations have also appeared in many literary journals and anthologies, and are integral to the theatre pieces created by Yara Arts Group.

VIRLANA TKACZ heads the Yara Arts Group and has directed almost forty original shows at La MaMa Theatre in New York, as well as in Kyiv, Lviv, Kharkiv, Bishkek, Ulaanbaatar, and Ulan Ude. She has received an NEA Poetry Translation Fellowship for her translations with Wanda Phipps. www.yaraartsgroup.net

WANDA PHIPPS is the author of the books Mind Honey, Field of Wanting: Poems of Desire, and Wake-Up Calls: 66 Morning Poems. She received a New York Foundation for the Arts Poetry Fellowship. Her poems have appeared in over one-hundred literary magazines and numerous anthologies.