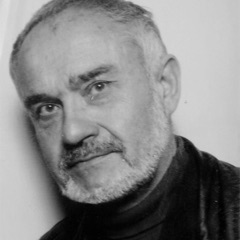 Translated, from
the Swiss German,
by Stuart Friebert

This Swiss writer’s considerable body of work – whose spare poems weigh tons, whose novels & stories, radio plays, essays, translations and reviews have left an indelible mark on European literature that is just becoming clearer & clearer – is now getting the attention it deserves thanks to a seven-volume edition recently published, magnificently edited by Christiane Wyrwa & Matthias Klein. A devoted “student” of philosophy, history, literature, mythology, and theology, Raeber turned to a writing life after a deep spiritual crisis undermined his Catholic faith, as Wyrwa has written. Initially spurned shortly after being inducted into the Gruppe 47, Raeber needed some time to recover from the shock of sudden rejection before emerging with commanding poems and prose that couldn’t and wouldn’t, finally, be ignored much longer.
(Full disclosure: Raeber was Oberlin College’s first Max Kade Writer-in-Residence, and replaced Friebert, on sabbatical, from 1967-68, which led to a working relationship resulting eventually in two collections.)

Special thanks to Carl Hanser Verlag/Munich for permission to publish these poems.
Raeber photo: Courtesy of scaneg Verlag Munich Germany

And our memories black
down to all the buried

others. But our light
light-minded wishes
white
up at them instead.

And then above only
some tittering still.

In the garden only the
roaring breath of the sea.
The silver of the deep and the
millennia golden
melted in the ether.
But on your hand the black
beetle
listless with feelers.

Stuart Friebert’s third volume of Krolow translations, Puppets in the Wind: Selected Poems of Karl Krolow, appeared in 2014 from Bitter Oleander Press. Be Quiet: Selected Poems of Kuno Raeber in Friebert’s translations is from Tiger Bark Press (2015). Friebert’s 14th book of poems, On the Bottom, is from Iris Press (2015); and Floating Heart, from Pinyon Press in 2014 won the 2015 Ohionana Book Award for poetry in 2015. The Language of the Enemy, memoir-pieces and stories, have just been published by Black Mountain Press.