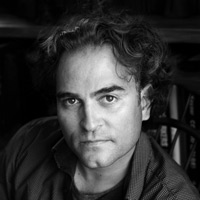 FREETOWN, Sierra Leone — In Kroo Bay, a slum located in the heart of Freetown, mounds of raw sewage seep into pools of stagnant water. Children play with their friends on doorsteps, and neighbors bathe in the nearby Crocodile River, which feeds into the Atlantic Ocean.

These devilish bodies of water all serve as a magnet for waterborne diseases like cholera, polio, malaria and diarrhea. They are all preventable diseases that take the lives of nearly one in five children in Sierra Leone before they reach their fifth birthday, according to UN estimates.  And of all of these deadly diseases, diarrhea has proven the most vexing. Much of my work has been dedicated to documenting how lack of access to fresh water, and the diarrhea that often comes as a result, is the key issue in understanding the spread of disease and child mortality around the world.

I went to Sierra Leone in 2009 and 2010 to document the problem of maternal and infant mortality. At that time,  a woman in Sierra Leone faced a one-in-eight chance of dying during pregnancy or childbirth.  http://www.amnesty.org/en/news-and-updates/report/maternal-death-rate-sierra-leone-quothuman-rights-emergencyquot-20090921 Then and to this day Sierra Leone has the highest under-five death rate in the world. According to 2011 data from the UN Inter-agency Group for Child Mortality, 185 out of every 1,000 live births  resulted in death .

And once I arrived in this tiny West African country, I quickly realized that maternal and infant mortality was only the first chapter of the story I was trying to tell.

The story of child and maternal mortality doesn’t begin and end in a delivery room. What happens if mother and child make it past childbirth? What challenges do they face when home is an environment like Kroo Bay?

That is the question I have been seeking to answer through the craft of photography, documenting the ravages of  AIDS in Africa, tuberculosis in Asia and the fight to end polio in Angola and Afghanistan.

And I have learned, of all these deadly diseases, diarrhea is uniquely vexing. Diarrheal diseases kill more children than AIDS, malaria, and measles combined, and as of 2010, about 780 million people in the world still lacked safe drinking water. http://www.who.int/water_sanitation_health/publications/2012/jmp_report/en/index.html

In this neighborhood of 7,000 in Sierra Leone, it all starts with the water.

I saw women and children struggling for survival every day when I was in Kroo Bay.

I’ll never forget the resistance I encountered from the community the first day I entered the slum. Angry men screamed at me, arguing that nothing could ever change in their neighborhood, their faith broken by the false promises from NGO’s and local politicians.

Each day, families guided me to more and more places and people I would not have found on my own. I was told there are only seven sources for clean water in Kroo Bay. That equals one water source per 1,000 people. So children and parents bathe in the Crocodile River, sometimes bringing with them small bars of soap, as if soap could counteract the sewage they are bathing in.  They drink the water that’s available to them, without the ability to distill it.

Of the 2,000 children under the age of five who die every day worldwide from diarrheal diseases, some 90 percent of those deaths are linked to water, sanitation, and hygiene. http://www.unicef.org/media/media_68359.html

While in Sierra Leone, I also spent time with Samuel Kargbo, the head of the Reproductive and Child Health Department in the Ministry of Health and Sanitation. He is a doctor who has committed his life to improving health conditions for women. He told me that his motivation comes from one memory that he will never forget.

One day, when he was practicing medicine in eastern Sierra Leone, a group of men entered the hospital carrying a woman. They told him they had carried her for three days to reach the nearest hospital. She was in labor, and nurses rushed her to the operating table.

“Before we could lay hands on her,’’ Kargbo said, “she died. I will never forget her.’’

I make photographs because I don’t want others to forget either. I want those who look at my images to feel as if they can’t look away or stop thinking about them. Why? Because what’s happening to the world’s poorest citizens is an outrage.

And the money and resources going to child and maternal health around the world won’t matter if there is not clean water in places like Kroo Bay.

That’s why I won’t stop.