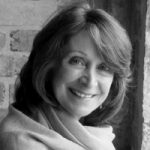 “Snap trap” was his recommendation
after a glance at the mouse droppings
under my kitchen sink. I refused,
said give me something else so I
won’t have to see the deaths, and
he did and that was that.

But “snap trap” stayed with me like an earworm
tune, like “it’s a small world after all” like
“who let the dogs out woof woofwoof woofwoof.”
The spoken words, though harsh, are somehow
satisfying, and I say it once again to feel how neat
the timid \a\ as in apple feels matched with the crisp
mouthfeel of the consonants, the way the lips shut
briskly over the p’s. Snap. Trap. Snap trap. No nonsense
in those words, no wiggle room, no chance for appeal.

The jaws snap shut on the words the way a trap’s
would have on a mouse, the way the black and white cat’s
did on the rabbit it carried through my friend’s garden
yesterday while we had tea. Snap trap, I thought
when I saw that cat and the limp form hanging from its mouth.
Snap trap, I thought, with regret for the rabbit, though none
for the mouse, and the words still tasty in my mouth.