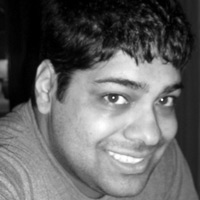 I knew a cabby whose honest-to-God
Name was Finally, the first word
His mother uttered when he came out

Eight days late.  The push of October
Is against my window and I am hearing
The held back breaths one rarely hears,

So believe it’s urgent that I say
I was in a drunk part of Connecticut,
Thinking how refreshing a drive

Would feel, but Carrie had taken my keys
Again, and that’s how I met Finally.
It may be it takes someone named

After a groan of relief to interpret
No address as Don’t stop till I’m broke,
Because I have been aimless

In many states and found few
People to tolerate my lack
Of direction. I think the back

Seat was littered with newspaper,
But perhaps that’s just the recycling
Bins behind my apartment building,

They’re overfilled, tomorrow’s pickup day.
Truth told, I don’t remember much
More than the silence and its sudden

Breaking. It may be it takes someone
Synonymous with Thank heaven it’s over
To stop of his own volition at the Connecticut

Riverbank and confess that he was an oddly
Positioned fetus, all sideways and backwards,
As his mother told it. All the while the engine

Was running, and Carrie was home
With the car by now.  From the waterfront
To our parking lot I was thinking of one last

Beer. But as it was I could already hear
Carrie calling from the bedroom:
Love, close the refrigerator door.

It’s getting cold in here.