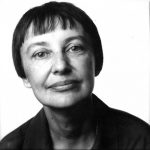 translated from Ukrainian by Ali Kinsella and Dzvinia Orlowsky

The air is as still and hot
as my body. Arched like a bridge
over a river. It’s so quiet—the nightingales
must be drinking their own black alcohol.

No sounds. Only color and shades
spread out across the water.
Face up—that’s how it was with me.
Evenings as glorious as spirits!

There are memory catastrophes.
They collapse into signs, halftones, details
of blocks, construction of rail,
inflows of blood, formulas for love.

I don’t remember the color of eyes,
but their expression’s still here—
when a devastating pulse of extreme temperature
drops from above onto the bridge.

A knife
to slice bread.
A knife—to carve a whistle.
A knife,
to finish killing the lamb
wounded by the wolf.
So
naked, dry, and lean
the cleaned surface of fish
foams with sweat
in Sabbath-day broth—
a sign of mercy and tears.
Don’t
touch it without a
blessing:
this knife,
is music that kills.
These aren’t just words—
they’re poetry
without
words
where grass washes
heaven’s blade.

Natalka Bilotserkivets’s work, known for lyricism and the quiet power of despair, became hallmarks of Ukraine’s literary life of the 1980s. The collections Allergy (Алергія) (1999) and Central Hotel (Готель Централь) (2004) were the winners of Book of the Year Prize in 2000 and 2004 respectively. In the West, she’s mostly known on the strength of a handful of widely translated poems, while the better part of her oeuvre remains unknown. She lives and works in Kyiv.

Ali Kinsella has been translating from Ukrainian for eight years. Her published works include essays, poetry, monographs, and subtitles to various films. She holds an MA from Columbia University, where she wrote a thesis on the intersection of feminism and nationalism in small states. Her latest work, Love in Defiance of Pain: Ukrainian Stories, an anthology in support of Ukrainians today, is soon available from Deep Vellum Press. A former Peace Corps volunteer, Ali lived in Ukraine for nearly five years. She is currently in Chicago, where she also sometimes works as a baker.

Dzvinia Orlowsky is author of six poetry collections published by Carnegie Mellon University Press including Bad Harvest, a 2019 Massachusetts Book Awards  “Must Read” in Poetry. Her poem sequence “The (Dis)enchanted Desna” was selected by Robert Pinsky as 2019 co-winner of the New England Poetry Club Samuel Washington Allen Prize.  Her and Ali Kinsella’s co-translations of selected works by Natalka Bilotserkivets titled Eccentric Days of Hope and Sorrow is forthcoming from Lost Horse Press in fall 2021.