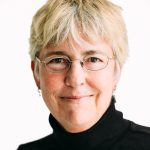 Having Martha’s Vineyard as my primary subject matter for more than 40 years certainly comes with many rewards, but also with its share of challenges. In the years that I’ve spent photographing these 100 square miles, I’ve constantly had to push myself to see the island anew. Sometimes I struggle to maintain my inspiration, creativity, momentum, and stamina, to keep shooting the same place for so long. If I lived in “America” I could simply go to the next town in search of new subject matter. But my home is surrounded by water, making such exploration more difficult and less spontaneous. So for me, it’s not about finding a new environment, as fun and adventurous as that can be. It’s about finding something within myself.

In retrospect, seeing the island in new ways is not limited to the subjects I choose to shoot, but how I choose to shoot it. Photographing the shoreline of Martha’s Vineyard may seem like an obvious subject for me. But as much as I’m drawn to the Vineyard’s coastline, I get into the rut of returning to the same spots, looking for variations in weather rather than location. Returning to these same locations over and over, as much as I’ve enjoyed it both personally and artistically, clearly has had its limitations.

For the Shoreline series, my first steps were all about planning. I picked up a couple of excellent maps at the Land Bank office in Edgartown, and began figuring out access via conservation areas. Then I went on google maps in satellite view, and examined the perimeter of the island, step-by-step, picking out large rocks and lone docks. I studied tide charts. Sunrise and sunset times, in addition to the phases of the moon, all figured into the equation.

As to weather conditions, once upon a time I might have been looking for what I considered to be “perfect” conditions for photography. But the weather is fickle in New England – and that’s a good thing. I’ve grown to appreciate never quite knowing when it’s going to be a good morning to shoot. I’ve discovered both rocks and docks that I never knew existed. And I’ve been out there for magical moments of light and weather I would have otherwise missed.

It’s become increasingly clear to me that there is so much more to this subject than I originally anticipated. There’s plenty of walking, kayaking and shooting still to come.